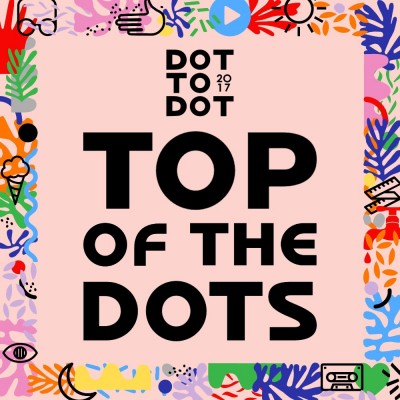 Dot To Dot is back for another jam packed year of awesome acts! Taking place on the final weekend of May, Dot To Dot 2017 makes use of the very best spaces Manchester, Bristol and Nottingham have to offer. With each city renown for having an incredible music scene in their own right you can be certain to enjoy a great selection of big names plus local talent.

With the three dates fast approaching, we take a look at some of the great music you can enjoy at the fun filled all dayers.

Throughout the summer of 2016 The Big Moon proved themselves to be the perfect festival band. Their feel-good songs, loaded with excitement, are perfectly match their huge charisma and on stage presence marking them as absolutely unmissable at Dot To Dot. Having just released debut album Love In The 4th Dimension they can only get even bigger!

Armed with a huge arsenal of awesome riffs and knowing exactly how to use them, LA trio Cherry Glazerr are fast becoming many people’s favourite band. January saw the release of their third studio album Apocalipstick which proved massively popular with the music press and is set as an early contender for album of the year.

Dark and enigmatic, PINS take on the dangerous side of brooding rock and make for compulsive listening. Their latest single Aggrophobe features vocals from none other than premier punk Iggy Pop, giving an indication to their rising stature. Make sure you catch their DJ set at Cottonpolis (Manchester) kicking off at midnight until late into the night!

Belfast born songwriter Jimi Mack is the future sound of soul. Taking on elements of folk, jazz and blue, his intricately layered music is accompanied by thoughtful lyrics and a charismatic voice beyond his years. Mack has just released the brand-new video for the track Salao taken from his forthcoming EP Familiar Horizons, released on 23/06/2017.

Creative multi-instrumentalist Laura Kidd AKA She Makes War is the undisputed leader of gloom pop. By taking a darker approach to catchy indie pop and applying a sense of magical wonder to relatable everyday struggles on the more sombre numbers, Kidd shows a wide spectrum of music prowess which is often both quirky yet thoughtful.

With rumours that their long-awaited debut album is almost completed, it is a very good time to catch ambient rock three-piece Eyre Llew. The band conjure huge warm soundscapes that act like a soundtrack to all the good times. The trio play all three dates, finishing with a homecoming show at Nottingham where they are certain to receive a hero’s welcome when they return.

Travelling all the way from Glasgow to the Midlands, The Bucky Rage are going to great lengths to show off their very own unique brand of ‘Wrestling Rock N’ Roll’. The recent release of their latest album F.Y.I Luv U showed continued sonic experimentation from a band who never fail to get the party started.

Playing to a home crowd, brooding post punks Ist Ist take a stylish yet savage sound and apply it to relentless white hot rhythm producing blistering hot tracks that both satisfy the mind and fuel the heat on the dancefloor. The Manc three-piece have long been on the fringes, with their string of intense singles appreciated by those in the know, and look set to break from being a minor cult into a major player.