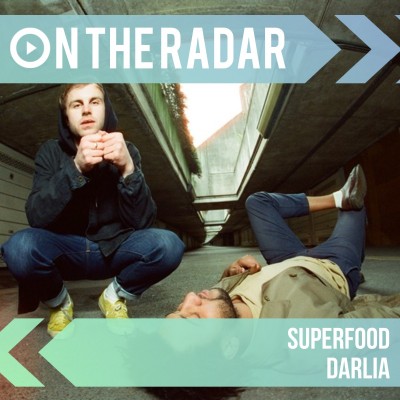 Brimming with confidence and providing the perfect soundtrack to all the best moments of your life, it’s a wonder that more people are yet to discover Superfood. Still somewhat of an underground band, they fuse the upbeat optimism of the British bands of the mid 90’s with the electronic experimentation in Germany during the early seventies whilst also learning from the sampling techniques adopted by hip hop producers from the 80’s onwards. If there is one thing for certain: Superfood certainly are good for you.

The Birmingham band formally boasting four members but have now cut back to the central pairing of songwriters Dom Ganderton and Ryan Malcolm. The reduction in numbers has seen the pair now given to recruiting a few familiar faces whenever touring, including being joined by Alice Costelloe on bass. Costelloe was a founding member of the now defunct band Big Deal who grew from a stripped-down two-piece with Kacey Underwood to become a fully-fledged rock band taking on shades of grunge and summery indie rock.

Their most recent release is ‘Double Dutch’. Released in February, the synth centric track is loaded with samples and satisfyingly big beats. Tapping into elements of kraut and deep house, the band show a breadth of musical knowledge by producing a song which would be right at home on indie discos or equally late into the night at a warehouse party. ‘Double Dutch’ is a precursor to their forthcoming but so far untitled album expected to be released later in the year.

Following an appearance at Truck Festival at Hill Farm in Steventon this July, they hit the road for an Autumn tour which takes them to Bristol, Nottingham and Leicester in October. Be sure to catch them as, given their huge accolades in the music press, this may be the last time you see them play such intimate settings.

If you want rock then Darlia have got it. Their songs swagger with attitude and absolute confidence which draw from the heavy side of blues rock whilst also displaying indie inflections and influences from grunge.

Made up of school friends Nathan Day (vocals), Dave Williams (bass), Jack Bentham (drums), the trio first formed in 2013 and have subsequently released four essential EPs, including a Daytrotter Session, plus the mini album ‘Petals’. Now they return with their first new release for two years; the single ‘Ballad Of Black And White’.

Their most recent release continues their trend for bringing the big sound and is perhaps their most radio friendly track yet. Clearly the boys have put much thought into how to reach a wider audience without sounding overtly commercial which has resulted in a well put together song that has channelled those blues rock that develops from a cocky strut during the verses to a brash burst of excitement in the choruses.

Catch the lads when they tour in October, making performances at O2 Academy2 Birmingham, Bristol Exchange and Scala London.