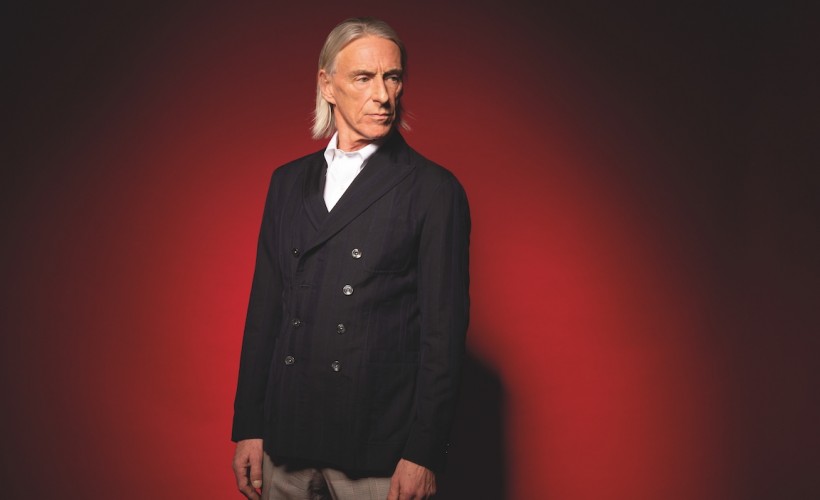 Paul Weller Plus The Stroppies The Sands Centre, Carlisle

"At last, I finally got to see him"

I love the Leas Cliff venue so I knew the viewing would be great. It's a wide but shallow venue so you get a brilliant view wherever you are. Never been disappointed by the venue.

Then comes Mr Weller. Wow! Over 2 hours of fantastic music and he never waned once.

This was a present for my partner so it was truly wonderful Paul played Man In The Corner Shop which is my partner's favourite of the Jam tracks.

Paul and his band performed a great mixture of old and very new - one track which isn't even out in any form. A track from an up coming film was so good too.

I don't think I need say this but I will, but Paul Weller is worth his weight in gold. Go see him if you get the chance. You won't be disappointed :)

"The is mod is still modern"

Great set list, great performance. You could tell straightaway that he was really putting on a top show.

Weller again proved he is the man ,fantastic live show as always ,he never fails to deliver a top show .👍

Paul Weller gig tickets are expected to sell out quickly so set a personal reminder with Gigantic right now to arrive to you via email or text message so you are ready for their release at 10:00 on Friday 28th of February.

The original ‘Mod-father’ is back with his new album True Meanings. One of the most influential singer-songwriters of his generation, Paul Weller’s mellowed a little with age and that aggressive, guttural lyrical style that fired out a volley of hits throughout the Punk era with The Jam, has (dare we say it?) softened a little. He has developed a more rounded and complex musical style, with occasional flashes of that old energy that fuelled an entire generation of angry young men (and women). The result is that you never quite know what to expect with Paul Weller - yes, there are the moments of quiet reflection and introspection, but that brash, in-your-face vibrancy of his early career is never that far from the surface.

Showing off his never diminishing prolific abilities, Weller has announced that he will be releasing his brand-new album True Meanings later this year. It comes hot on the heels of his critically acclaimed LP A Kind Of Revolution which was brought out in 2017.

Weller now announces a major tour for the new year. Make sure you catch the Modfather when he plays at Westonbirt Arboretum in Gloucestershire, Bedgebury Pinetum & Forest in Kent, Thetford Forest in Suffolk, Dalby Forest in Pickering and Sherwood Pines Forest Park during June and Cannock Chase Forest in July 2019.

Paul Weller tour dates sell out quickly, so if you want to discover which direction his musical wanderings are taking now, check out the availability of Paul Weller concert tickets here at Gigantic.

Despite turning 60, Weller shows no sign in slowing down by releasing his fourteenth studio album titled True Meanings later this year. The new record includes the single Aspects;

“I don’t know if it’s indicative of the album, but it’s certainly the cornerstone to the record for me. It’s also where I got the title of the album from…”

Rousing, ever popular and with a back catalogue that most musicians would kill for, Weller shows no sign of hanging up his Fred Perry tops and winklepickers and is powering on with a new selection of songs, complemented by some old classics. Will you hear ‘Down in the Tube Station at Midnight’ if you buy Paul Weller tickets from Gigantic? Maybe, but don’t be surprised if he puts a unique and previously unheard spin on it just for kicks.

Now you know; and the word is spreading so with only limited supplies of Peaness concert tickets being made available by the promoters, you will have to act quickly and get yours booked before they are all snatched up. Offering a wide selection of essential gig tickets plus excellent customer service helping you make your choice, Gigantic were appointed ‘Retail Business of the Year’ by the Nottingham Post. We know 2020 will be an even better year as we continue to assist our customers in planning and enjoying their big night out!

All the best gigs tickets - on sale with Gigantic!

Get tickets for Paul Weller with Gigantic