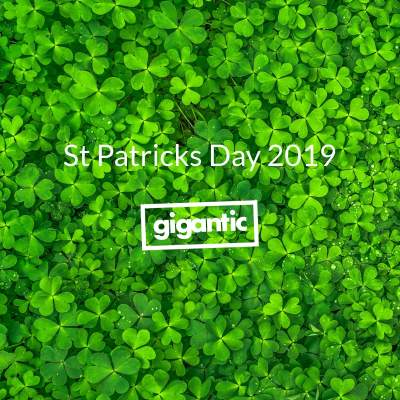 It’s Saint Patrick’s Day! Gigantic joins in the celebrations of everything Irish by bringing you the best selection of gigs and festivals featuring acts from the fair Green isle.

Star of trip hop band Moloko, Róisín Murphy has just announced a major gig taking place at Boiler Shop in Newcastle on Sunday 19th of May. The Dublin born songwriter struck out as a solo artist following the end of the band and has released four albums including ‘Hairless Toys’ which was nominated for the illustrious Mercury Music Prize plus the Choice Music Prize in Ireland.

Like your punk Celtic and rowdy? Flogging Molly first burst out of Los Angeles in 1997 and have since found listeners around the globe with such killer tracks as ‘Float’, ‘Don’t Shut ‘Em Down’ and ‘Requiem For A Dying Song’. They have just announced shows to take place at Norwich Waterfront and Rock City in Nottingham during July 2019.

Drawing on aspects of grunge, pop punk and indie, alt rock three-piece Ash first formed in 1992 and quickly found fame as the teenage trio from Downpatrick, Northern Ireland causing chaos wherever they played.  Debut album ‘1977’ including a string of hit singles including ‘Kung Fu’, ‘Gold Finger’ and ‘Girl From Mars’. Their success would continue to grow into the next millennium with the release of their ‘Free All Angels’ album featuring the blisteringly hot ‘Burn Baby Burn’ and ‘Shining Light’. Make sure you catch them at Camden Rocks 2019 which hits North London on Saturday 1st and Sunday 2nd of June.

Westlife are one of the biggest boy bands of all time having sold more than 55 million records worldwide, boosted by such impeccable singles as ‘When You’re Looking Like That’, ‘Flying Without Wings’ and ‘If I Let You Go’. They have announced an extensive summer tour in support of their as yet untitled eleventh studio album, expected to be released later in the year.

Mixing elements of folk with post punk, The Waterboys were one of the most exciting acts to emerge in the 80’s and progress into the following years. By remaining outside of any real genres of the decade, their timeless appeal endures and the shows on their Spring 2019 are selling fast.  Grab your ticket with Gigantic and look forward to hearing such classic hits as ‘Glastonbury Song’, ‘The Return Of Pan’ and ‘The Whole Of The Moon’ played live.

The Waterboys tickets are currently available.

Christy Moore has announced a handful of dates for 2019 including two nights at Royal Festival Hall in London during May, plus The Bridgewater Hall at Manchester and Liverpool Philharmonics Hall during October. The famed Irish folk singer \ songwriter was named in his home country as one of their greatest living musicians at the RTÉ's People of the Year Awards – make sure you see him play live to discover why.

Tapping into both traditional and contemporary strains of folk, Mary Black is the songwriter from Dublin who will forever be regarded as a true great as shown across the thirteen studio albums she has been across four decades. See her impress audiences at O2 Shepherds Bush Empire in London on Friday 31st of May.