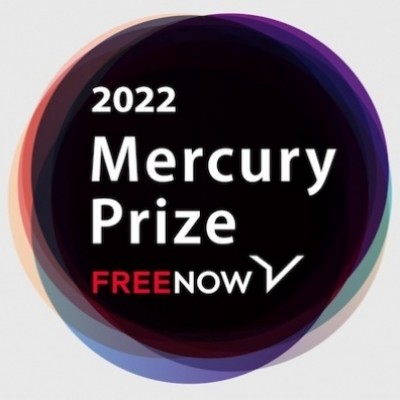 Celebrating the very best in British and Irish music, the Mercury Prize is considered the ultimate award for songwriting, recognising the most revolutionary of talents pushing culture forward into exciting new realms.

Previous winners include Primal Scream’s Screamadelica, Roni Size & Reprazent for New Forms, Dizzee Rascal with Boy in da Corner and PJ Harvey, the only person to have ever taken home the trophy twice for both Stories from the City, Stories from the Sea and Let England Shake plus further nominations for Rid of Me and To Bring You My Love.

This year, the Mercury Prize award ceremony takes place at Eventim Apollo on Thursday 8th of September and will feature performances from all contenders, with live coverage from the BBC.

The process sees an expert panel of judges whittling down the past year’s releases into just 12 choice albums, each a vital reflection of the current and future direction of music, regardless of sound or genre. This year, the panel includes a wide range of critics and representatives of the music industry at all levels, and includes:

The Chair of the judging panel is Jeff Smith (Head of Music, 6 Music & Radio 2), and they collectively issued the following statement:

“Getting down to 12 albums this year was not easy, simply because there were so many remarkable ones to choose from. That serves as proof that British & Irish music thrives during unsettled periods in history, with the albums chosen covering everything from imaginative pop to pioneering rap to Cornish language folk-rock. We feel that these 12 amazing albums each have something to say artistically and socially, all in their own unique, enriching ways. Now comes the really hard part... choosing only one overall winner.”

This year, the nominees are:

Cardiff born indie pop sensation Gwenno Saunders has already taken home the Welsh Music Prize for first album Y Dydd Olaf. Now, she receives a Mercury nomination for fourth LP Tresor which has seen her reach even greater creative heights as she explores themes of Cornish identity, motherhood and our relationship with nature.

“It’s very surreal. It hasn’t sunk in quite yet. I’m just trying to soak it all up.”

Hoxton hip hop innovator Kojey Radical (aka Kwadwo Amponsah) has impressed right from the start of his career, placed in the running for Best Newcomer at the MOBO Awards and receiving a further two nominations for Best Video in subsequent years.

So, it’s no surprise that Amponsah’s debut album Reason to Smile sees him in the running for one of the most prestigious prize there is, and is considered by many to be to front runner to take the Mercury in 2022.

Rebecca Lucy Taylor certainly felt like she had a point to prove after breaking away from the minor success of little-known indie band Slow Club, where she was stifled both creatively and as an independent woman. Adopting the moniker Self Esteem; her relatable struggles as heard on debut album Compliments Please elevated her to cult status but follow up record Prioritise Pleasure has risen her further to full blown alt pop mainstream sensation.

Already hailed by critics such as The Line OF Best Fit, The Guardian, DIY and Gigwise as one of the best albums of the year, Compliments Please has both the style and substance to be this year’s winner.

Everybody loves the eponymous entry from band of the moment Wet Leg. Each track sounds like a single and every show they play packs out venues and festival stages.

Even though no-one can argue against the huge appeal of such a flawless record from beginning to end; is this banger filled first album ground-breaking enough to take the Mercury Prize and will the looming shadow of “potential one hit wonder” leave them out of the limelight this time?

The Overload was certainly a rushed record, as evident by the poor production values and sometimes meandering tracks. But its amalgamation of fantastic storytelling, dark humour, prose and polemics as fitted around deconstructed dance beats and wiry guitars has a real Yorkshire charm.