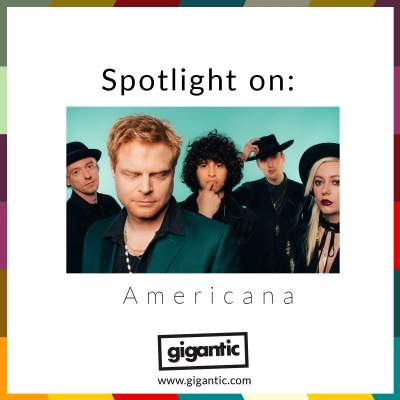 Embracing folk, rhythm and blues, country, rock and roll, blues and gospel; Americana is a broad church which explores all the many facets of the music and culture of the US. Gigantic has a fantastic range of gig tickets for performers from around the world who play tribute to various roots-orientated music.

London based band Curse Of Lono are like an folk and alt rock inspired secret weapon – quietly gathering fans to destroy the independent charts.

Having signed to EMI Nashville, you can be assured of quality of work from John and T.J. – better known as Brothers Osborne.

Brothers Osborne tickets are released at 09:00 on Friday 11th of October.

Whenever The Felice Brothers play you know you’re in for a treat. The head on over to the UK in January in support of latest LP ‘Undress’.

Robert Ellis is the alt-country star you need in your life. This year, the troubadour from Lake Jackson dropped his fifth album ‘Texas Piano Man’.

We are big fans of German southern blues rock duo The Picturebooks. In fact, we love them so much we made them our ARTIST OF THE WEEK!

The Picturebooks tickets are currently available.

This year has seen the release of The Teskey Brothers stunning second album ‘Run Home Slow’ which they show off with a tour early next year.

Amigo The Devil (AKA Danny Kiranos) is described by Kerrang! as making “country music that’s heavier than death metal” – who can resist that?! Catch him on tour in January.