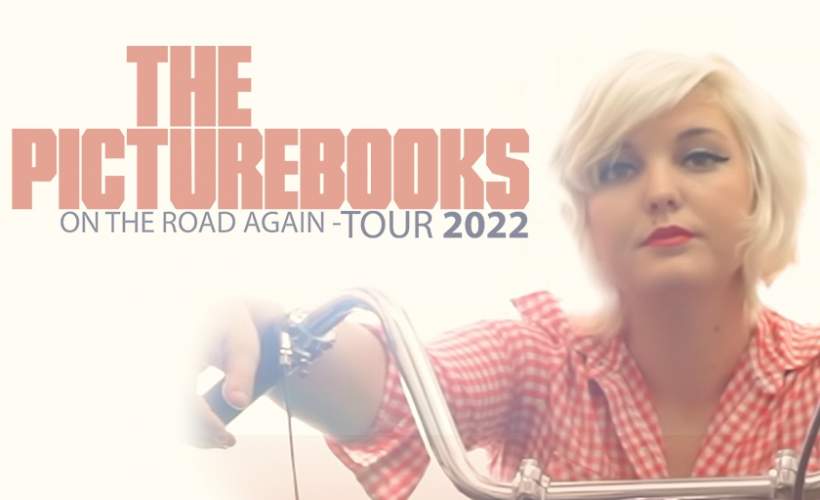 The duo has received acclaim not only on their 2014 full-length ‘Imaginary Horse’ (RidingEasy Records), but also for their craft of building and customizing motorcycles, and their skateboarding skills. The band has been featured on Noisey/Vice, Team Rock, Daytrotter, and more, and the group’s motorcycle designs have been featured in the biggest bike magazines across the world, including Easyriders (USA), Custombike (Germany), Dice Magazine (UK), Hot Bike (Japan), and more.

Everyone is excited to get their The Picturebooks tickets and with demand so high you will need to act fast and book yours before they are gone. You can make your gig tickets order with Gigantic using your smartphone, tablet or computer 24/7.


Tapping into the great rock and roll of the past whilst also following their own immediate direction, their latest album Home Is A Heartache is a true masterpiece. Even more astonishing when you realise it was recorded in the band’s garage.

“Records aren’t supposed to sound like “Home Is A Heartache”. No one gave The Picturebooks the rulebook.” - Maximum Volume Music

We have only been given limited numbers of The Picturebooks concert tickets to sell so if you are after them you will need to book yours quickly or you may go disappointed. Gigantic has been providing award winning customer service on a huge range of essential gig tickets for over ten years so you know we are the right place to come whenever you are planning your big night out.

The Picturebooks are the best in blues rock!

Absolutely loved the gig. They are brilliant and the stage presence is out of this world.

The Picturebooks, The Hope and Ruin, Brighton - 21st October 2017

That's all we have for The Picturebooks! Check out their upcoming shows