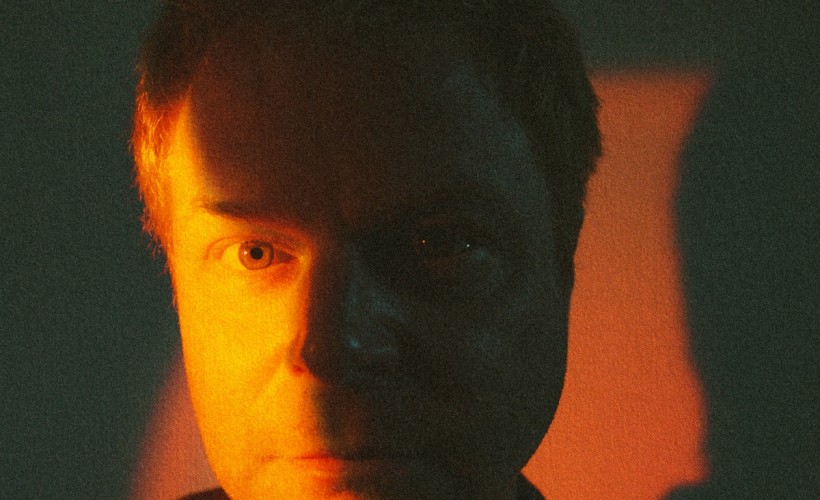 When you’ve lost your band, your dad, your uncle and your ex-partner in the space of one horrific year, it’s understandable that you’d turn back to hard drugs. For Curse Of Lono’s Felix Bechtolsheimer, thankfully, the relapse was merely thematic. It’s been twenty years since he flew back to London from a government funded experiment into opioid addiction in a German psychiatric hospital, wearing five years of heroin dependency in vomit down his shirt, took half an hour to find a vein for one last hit and then flew to Florida to spend a year with his alcoholic uncle, getting clean. He hasn’t touched the stuff ever since but even now, in his darkest moments, it seeps into his words.

“When I sit down and I dig deep,” he says, “that's the shit that comes back.”

Drugs, death, danger and depression; the real hexes haunting Curse Of Lono’s third album People In Cars. Themes made sombre, psychotropic and as immersive as lagoon mist by tones mingling The National, Wilco, Lee Hazelwood, Leonard Cohen and The War On Drugs into rich new alt.country vapours. It’s named after Mike Mandel’s 2017 photo book, capturing people through the windows of cars at an LA intersection in 1970 (“I love the idea that in each car there’s this whole story or a whole family’s story, but we’re all in these bubbles,” says Felix, “it’s like the support bubbles in lockdown”) but these are motion-blurred snapshots from the unlit backstreets of Felix’s own life. The lost friends and errant lovers. The long drives to Miami, Stones on the stereo, when the methadone withdrawal got too much. The ex-girlfriend on the run after her extra-marital fling died of an overdose on a surreptitious lost weekend.

Way too much of it is true.

It’s been a long and rocky road that got him here. Here’s the short cut. Born in Hamburg, landed in England aged nine, turned on to rock’n’roll over vodka shots, The Pistols’ ‘Nevermind The Bollocks’ and Pink Floyd’s ‘The Final Cut’ by a guy who took pity on him after a beating at school. “I always thought those two albums are so different,” he chuckles, “but they’re also two sides to the same coin. They’re both saying ‘fuck you’ in a very, very different way.”

Trips to London to drink with and play in bands became five years lost in the capital’s narcotic underbelly, dealing and scoring, losing friends and gaining scars. Then came the German opioid experiment (“one of the most brutal things - we were locked, basically, in two rooms, and it was absolutely horrendous”), the big Florida clean up, and seven years on the cusp of Americana success with ‘Hey Negrita’, until formula set in like rigor mortis. “Unless you're a big industrial machine, a band has a lifespan,” Felix says, “and I always think it's better to step out when you're still able to hug each other and go for a pint.”

Wilderness beckoned. He wrote fourteen drafts of an autobiography, won an award for Best Unpublished Biography but never published because “in the end I just can't write like Bukowski.” Then some demos he’d made with his friend Oli Bayston “to have something for the kids to listen to one day” became Severed, the swamp country 2017 debut album by Curse Of Lono, a name lifted from a cult Hunter S Thompson book they’d often look to for atmospheric inspiration.

“It felt quite experimental,” Felix explains of the record, released on his own Submarine Cat label, “because it was just me and Oli, that first album was just the two of us. I wanted it to be quite visual, quite cinematic.” Hence the first, self-titled EP came accompanied with a short film of interlocking videos called Saturday Night: A Film Of Four Songs �" winner of Best Video at both the Los Angeles and London Independent Film Festivals - and, once Felix had recruited a band via “online musical dating”, Gregg Houston accompanied them to Joshua Tree’s Rancho V studio to make a documentary around the making of their second album As I Fell. That film, entitled Somewhere In Their Heads, picked up 18 international film awards.

“That studio in the desert was magical,” Felix recalls. “It's almost like an aircraft hangar with a massive door that opens up and literally you're in the desert. We were working on the music ten, twelve hours a day, and there were no distractions. It was incredible.”

Curse Of Lono’s debut album was called Severed because “I was trying to sever my [thematic] writing relationship with heroin. I made a very conscious decision, ‘I'm not talking about this anymore, I need to write about other stuff’.” On As I Fell he branched out to sing about wider topics, such as his grandfather’s experiences as a half-Jewish boy growing up in Nazi Germany and being caught up in a train crash in Leuven in Belgium in 1954. “I wanted to recreate this train crash with the instrumental orchestra music at the end.”

As Curse Of Lono’s future grew brighter - playing tours with Steve Earle, Chuck Prophet and David Ramirez hitting the Top 10 of the Americana chart; having their track ‘Don’t Look Down’ used in US TV drama Kingdom; and picking up the Emerging Artist Award at the UK Americana Awards in January 2019 - looking back was the last thing on Felix’s mind. Headline tours were selling out, fans singing along so loudly “I couldn't hear myself, I could just hear the crowd.” And a new post-country aesthetic was cohering for the third album, swapping their Delta Arcade Fire feel for a subtle, cosmic feel based around Felix’s brooding baritone, the subaqueous sound of his rare Fender bajo sexto guitar and the deep space ambience of pedal steel player Joe Harvey-Whyte. “He plays with all these country bands from America when they come over but what he really loves doing is the most mad, fucked-up ambient shit you've ever heard,” Felix says. “He goes ‘can I plug this shit in?’ And I was like ‘yes you can, please, more’.”

Then the pandemic hit, his own devastating derailment. An initial version of People In Cars was recorded in June 2020, each band member - guitarist Joe Hazell, drummer Neil Findlay, keyboardist Dani Ruiz Hernandez and bassist Charis Anderson - recording their parts individually. But, having lost his father in April, Felix began writing more songs for the record, digging deep, and recorded them stripped down with Bayston, Harvey-Whyte and Boxed In drummer Liam Hutton early in 2021.

Some flooded out in stream-of-consciousness: oceanic, string-stroked piano lament ‘Man Down’ and the nine-minute closer ‘Timeslipping’, instinctive reactions to the loss of his father touching on grief, emptiness and life’s immutable brevity. “I pressed record and I recorded this thing that went on for 20 minutes,” he says. “All that I did afterwards was transcribe the lyrics. The night that my dad passed away, I've never seen anyone in so much pain. I still can't write about that, but I could just let it flow out.”

Others were prompted by unthinkable news. Word arrived that Felix’s one-time partner had run off for another druggy weekend affair, only to have her fling overdose on heroin. The guy died, the girl fled. “This had happened before, several times,” Felix says. “They didn't always die - it happened with my best friend and they managed to revive him.” By last August she too was dead, and Felix had a new song, ‘So Damned Beautiful’, a sordid and visceral pulp semi-fiction of lust, euphoria and bloody fingernails pumping at a breathless chest. Felix plays the ill-fated antihero, Canadian singer Tess Parks his grainy, traumatised paramour. “I wrote the song from the point of view of the guy, who I didn't know, of that dirty weekend, and that overdose,” he says. “When you OD on heroin you do feel pretty great until it goes wrong, so that stuff came back into the picture.”

Opiated flashbacks emerged, like flashbulbs through passenger windows. That duplicitous best friend, himself thirteen years dead, became the focus of ‘Alabaster Charlie’: “did you have to do it boy, did you have to steal her away from me?”. The lustrous ‘Let Your Love Rain Down On Me’ captured a man driving nowhere just to “kill the pain”, like Felix would twenty years ago, taking road trips across Florida to drive away the withdrawal: “That was six months of physical and emotional turmoil,” he says, “I’d just drive until I felt better.”

Elsewhere, on the pre-lockdown songs, People In Cars finds some much-needed distance from the woes of 2021. ‘Buy The Ticket, Take The Ride’ - another Hunter S Thompson reference - was inspired by the story of Gilles Bertin, the “French Sid Vicious” of cult punk band Camera Silens, who became a heroin addict, stole €3 million from an armoured truck depot in 1988 and lived in hiding in Portugal, officially ‘dead’, until finally handing himself in in 2016 (“I wanted him to be on the album but sadly he passed away before then”). ‘Don’t Take Your Love away’ recalls the thrill and insecurity of meeting his wife for the first time. And at times Felix peers vicariously through passing windshields - the louche pop ‘Ursula Andress’, written for his son, imagines the carefree youth he wishes he’d had, sipping margaritas in the back seat of a convertible full of party girls cruising Sunset.

Curse Of Lono, on the other hand, has become only more insular over lockdown. Felix’s bandmates each fell into day jobs to survive the pandemic. “It's become a bit more of a solo thing,” Felix says, rejuvenated by the prospect. “Right now I can do what I fucking like,” he says. “I got a record that's my favourite record I've ever made by a long way, and it's the record I needed to make. I lost my dad, my uncle and my ex-partner last year, and my band, but I’ve got this record and I almost look at it like a bit of a shrine.”

People In Cars’ road to redemption may be dark, but its twists and turns are breathtaking. Call shotgun.

Related to Curse of Lono