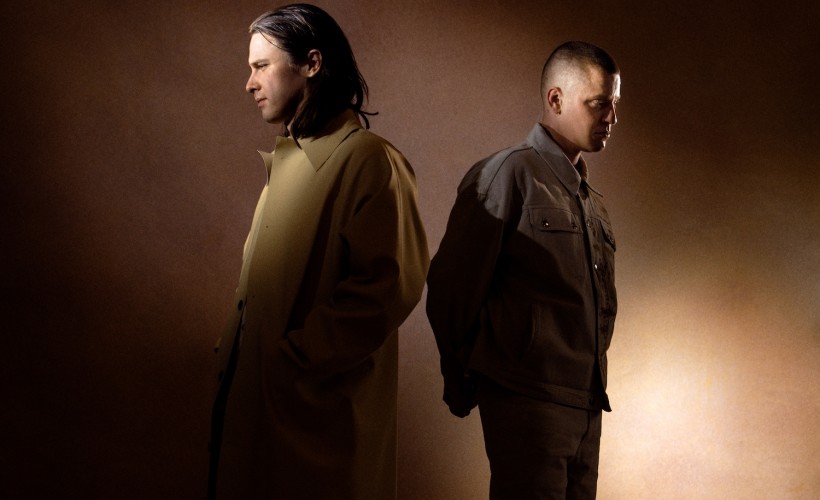 Brilliant show, so well performed. One of the top shows I have seen in my life.
And lots of boogie along with it.
Tops!

Enjoyed the Gig, security was no bother & staff really polite.
Although the venue during the performance was a hot ...

This was the best live performance I have ever seen. I was lucky enough to be in the front row with many other devoted fans. We danced all the night to the music and I was especially impressed by the lighting. An all round perfect performance from one of my favourite groups!!1

I absolutely loved this event, from start to finish. Having only started to hear from Georgia, due to her listing on Radio 1, I knew I was going to enjoy her music live - can't wait to access the full album. And Jungle...well, their performance was just extraordinary! They all had such an awesome energy, and their music itself is just something special in itself. It's always a good sign when the crowd range from young to old - Jungle are a band for all the family to enjoy! They would make a perfect addition to the Latitude line up #justsayin'.

Tweet
Mercury Prize nominees Jungle have just confirmed headline dates at U.E.A. in Norwich, Manchester Academy and Alexandra Palace in London during February of 2019. The modern soul musical collective will be hitting the road in support of their brand-new album; For Ever.

We are very excited to offer you Jungle tickets. The word is spreading fast and so we do urge you to act fast and ensure you book yours before they are all snatched up.

Placing your gig ticket order is made easy with Gigantic as you can access the site 24/7 whilst relaxing at home or busy on the go with a tablet, computer or smartphone.

All of our Jungle tickets will be released by 09:00 on Thursday 2nd of August. Set your personal reminder with Gigantic right now. It will alert you via text message of email when they become available.


Uniting the talents of Josh Lloyd-Watson and Tom McFarland, the school friends take funk, neo soul and nu-disco which they plied to their eponymously titled album debut after signing to ultra cool label XL.

Their critically acclaimed announcement to the world was quickly seized upon an adoring music press, which saw the record shortlisted for the illustrious Mercury Prize.

ŌĆ£West London synth duo Jungle claim to ŌĆ£bring the heatŌĆØ on their debut album, but itŌĆÖs more the languid haze of a holiday beach than the intensity of a dancefloor.ŌĆØ - The Independent

Sticking with XL, they have just announced that their follow up album will be titled For Ever, released in September 2018. For Ever is for real, deeper and higher, more intimate and more expansive, feelgood and, just occasionally, feel bad. It is, then, a proper second album.

We only have limited supplies of Jungle concert tickets so book early or risk missing out on seeing the cult band play live. We are proud to offer you excellent customer service on a huge range of essential gig tickets. So, make Gigantic your first choice whenever you book your big night out.

2021 heralds a new era for Jungle ŌĆ" the duo spent the past year locked in a studio and have emerged, delivering a dance-floor record for the summer and beyond, with a life-affirming celebration of all the things that make music joyful.

It is also the first time Jungle have worked with other vocalists, Tamil-Swiss Priya Ragu and US rapper Bas both feature on the new album.

Jungle are world builders, two creative directors at the helm of an art project. Choreography lies at the heart of JungleŌĆÖs universe and this can be seen in every video they have ever made including their latest release 'Keep Moving'.

In their career to date, Jungle have gone from selling-out LondonŌĆÖs 10,000 capacity Alexandra Palace to filling the Hollywood Palladium some 9,000 kilometres from home. TheyŌĆÖve performed multiple continents, headlining shows from Sydney to Moscow, while also winning new fans at festivals such as Coachella, Bonnaroo and Lollapalooza.

Jungle tickets are available through Gigantic!