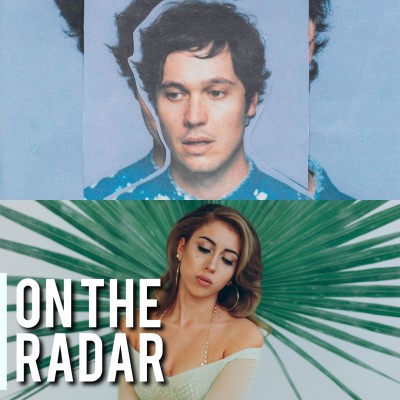 Georgia state songwriter and producer Ernest Weatherly Greene Jr, better known as Washed Out, is the pioneering leader of Chillwave. Taking heavy influence from the more mainstream end of 80’s electronica and funky hip hop, Greene Jr layers his music with ebbing synth arpeggio and warbling tremolo vocals to be punctured with the odd bit of sax now and then. The leisurely effect captures the sumptuous experience of summertime decadence, the giddy thrill of indulgence and the confident air that follows satisfaction.

Greene Jr began working in a studio bedroom at his parent’s house after returning home from college. There he began experimenting, eventually producing the drowsy dance style for which he is now famed. After a short-lived phase working under the name Lee Weather, he soon adopted the now familiar moniker Washed Out and became a favourite amongst the communities of music bloggers.

Following the self-release of two EP’s, he began to attract label interest and signed to infamous Seattle institution Sub Pop for the release of debut album ‘Within And Without’. Both a critical and commercial success, comfortable breaking into the Top 40 in the US, Sub Pop would also release his follow up album ‘Paracosm’ two years later which saw Greene Jr peak at No. 3 on the Billboard Alternative Albums Chart.

Switching to the LA based independent label Stones Throw Records, this year has seen the release of third record ‘Mister Mellow’. Having been garnished with praise and wide critically acclaim, it has been the underground hit album of the summer.

Now Greene Jr invites you to celebrate his most recent release with an essential headline gig taking place at Heaven in London on Thursday 7th of December. Do not miss out.

Washed Out tickets have just been released!

The immensely talented Kali Uchis can boast huge achievements as a music video director and in the realms of fashion design, in addition to her magnificent music career. But it wasn’t so long ago that Karly Loaiza found herself homeless and vulnerable, with the future successes under her subsequent stage name seeming very far away indeed.

Original born just outside of Washington (DC), the Loaiza family would frequently find themselves forced to relocate between there and their hometown of Pereira, stuck in a state of flux caused by the conflicts that besieged the Colombian capital throughout the 90’s. Her early years were characterised by constant instability, instilling a sense of self-reliance which would spill into overt rebelliousness whenever she felt constraint. Through both circumstance and nature she was unable to conform to regular school life, finding that pursuing creative outlets through poetry, music and film were better suited.

Loaiza was aged only 17 when she made the decision to leave home. The turbulence caused by her lack of academic interests led to a breakdown of communication which was amplified by an artistic temperament her parents didn’t understand forced her to pack up some clothes, a laptop, a MIDI keyboard into her car and drive away from the endless domestic conflicts. Trying to sleep unnoticed in car parks whilst hidden under blankets on the back seat or crashing at friend’s houses, she began taking a more focused approach to her creative endeavours.

Using the facilities still available to her at school plus perhaps the world’s first ever car studio, she began experimenting with hip hop and reggae to produce her first mixtape titles ‘Drunken Babble’. It quickly found itself into the right hands and was so impressive she was introduced to infamous rapper Snoop Dogg and collaborated with him to produce the track ‘On Edge’. Proving she could handle the pressure and now working under the name Kali Uchis, Loaiza released the EP ‘Por Vida’ towards the start of 2015. It saw her team up with a huge roster of big names including BadBadNotGood, Tyler, The Creator plus Alex Epton, cementing her reputation as the fresh new name everyone needs to work with.

This year has seen the release of new single ‘Tyrant’. Featuring vocals from British singer Jorja Smith, the R&B inspired track is the first taste from her forthcoming debut album which she promotes with a headline show at KOKO in London on Monday 27th of November. With demand massively high, we recommend you set a personal reminder with Gigantic right now.