Washed Out is the work of songwriter and producer Ernest Weatherly Greene Jr. Taking an 80’s aesthetic as his prime influence, his music draws on hip hop and electro to produce a relaxed sound known as Chillwave.

“Greene Jr layers his music with ebbing synth arpeggio and warbling tremolo vocals to be punctured with the odd bit of sax now and then. The leisurely effect captures the sumptuous experience of summertime decadence, the giddy thrill of indulgence and the confident air that follows satisfaction.” - Jimi Arundell, Gigantic

Washed Out plays a very special show at Heaven in London. Catch their unique brand of woozily evocative bedroom synthpop on Thursday 7th of December 2017.

Fans will be eager to get their hands on Washed Out tickets through Gigantic. Expected to sell fast, you can place your gig tickets order 24/7 either at home or on the go using your smartphone, tablet or iPhone.

Greene Jr has produced three studio albums; his 2011 debut Within And Without, Paracosm and his latest release titled Mister Mellow which is accompanied with a DVD visual album.

“The visual-album version is the trippiest means of experiencing Ernest Greene's third full-length under his Washed Out moniker. Yet the music is sufficiently enthralling on its own.” - Uncut

“Actually, the best way to experience what Mister Mellow is really about is to give the visual component of the album a go first. Yes, the audio more than stands up on its own, but the artwork courtesy a variety of incredibly talented artists really does a more comprehensive job of fleshing out Greene’s overall vision.” - Nina Bertok, Drowned In Sound

As you well know, everyone is after Washed Out concert tickets so you will need to act quickly and book yours before they are all snatched up. Gigantic is famed for offering excellent customer service, so trust us when selecting from a vast range of essential gig tickets allowing you to look forward to your big night out.

Enjoy the indulgence of Washed Out 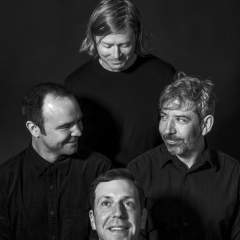 Great venue and excellent sound; loved how it didn't get too hot or crowded inside and the visual effects for the actual performance were incredible. Highly recommend for a fun night out

Wasn’t expecting that much on a cold Thursday before Xmas. And then Washed Out came on and blew us away!!!!! So good, mixed crowd, got people ‘dancing’ okay swaying arhtymically.

That's all we have for Washed Out! Check out their upcoming shows