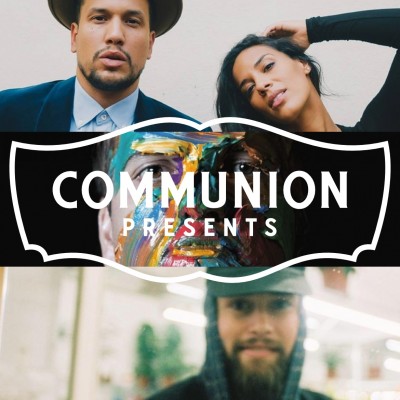 Since their early beginnings the Summer of 2006 as a monthly live music night at Notting Hill Art Club, Communion has grown to become one of the capital’s premier promoters plus also works as a publisher and record label.

Being able to boast offices in London and New York, they have access to a wide range of talent both here and in the US and regularly put on some of the most exciting events you could wish to attend.

Scroll below to have a look at some of the upcoming shows that we at Gigantic highly recommend or CLICK HERE to take a look at the many awesome acts we have tickets for.

LA based partnership Johnnyswim is comprised of Amanda Sudano and Abner Ramirez. Working together since 2005, the married couple express their romantic relationship through performing joyous folk and soulful blues.

Experimental songwriter Paul Dixon works under the stage name Fyfe. His music fuses eclectic electronica with indie rock and has been hailed by many as one of the most inventive musicians of this generation.

Sultry singer Nick Hakim pours his vocal talents into a range of styles, tapping into R&B, soul, hip hop and even psychedelia to strike that rare balance of feeling utterly fresh and yet somehow timeless. Do not miss your chance to see his rare UK appearance.