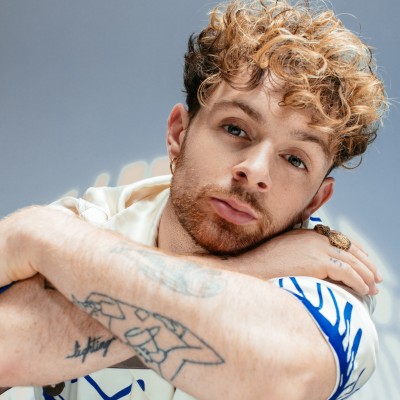 Bursting out of Bedford, Tom Grennan is the young rising star in British music shining out for all to see. His unique take on indie pop is both raw and uplifting as heard on his stunning debut album Lightning Matches and now best-seller Evering Road which is one of the biggest records of the year!

Having announced two major arena shows, we take a look at the best bits of his remarkable career so far, and you can order your Tom Grennan tickets HERE.

After gigging around London playing acoustic shows, Grennan dropped his debut EP Something in the Water which immediately provoked a huge reaction both from his growing fanbase and the music industry. It prompted a major collab with drum and bass heavyweights Chase & Status, and subsequent single “All Goes Wrong” was named Hottest Record on Annie Mac’s Radio 1 show.

Following on from his big break with Chase & Status, Grennan was shortlisted for the MTV Brand New Award before bringing his popular single "Found What I've Been Looking For". A modest hit at the time which only just charted, but it hinted at the huge fame to come and has since grown to become a fan favourite and has now reached Gold certification.

Ladbible organised an insightful meeting of minds bringing together enduring icon and original sex bomb Tom Jones and young Tom Grennan to share showbiz stories and see how life in music has changed for the different generations. Tom Jones is also just about to hit the road to play his own tour – grab your tickets with Gigantic HERE.

Following on from acclaimed first album Lightning Matches in 2018, Tom kicked off this year with the release of huge hit single “Little Bit Of Love” and broke into the Top 10 by telling the turbulent story of his love history. It would feature on his second full length record Evering Road which shot to the top of charts to become Grennan’s first Number 1 album which he promotes with huge summer shows, on sale now with Gigantic!