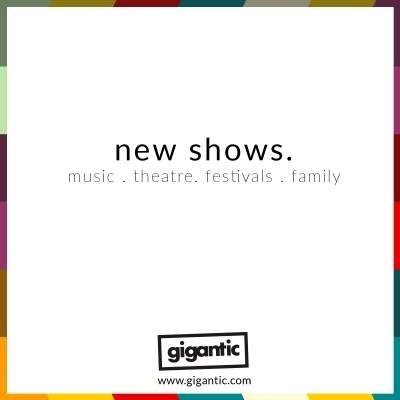 Tom Grennan is the fresh sound sweeping across the airwaves and finding listeners right around the world. After appearing on the Chase & Status track "All Goes Wrong", he dropped his Top 10 debut album Lightning Matches in 2018.

Already established as one of the top 200 streamed artists in the world;  Grennan released his stunning second album Evering Road earlier in the year which features the singles “Little Bit of Love” and "Don't Break The Heart" which shot the young rising star straight to Number 1.

Tom Grennan now announces a huge arena tour and tickets are released on Friday with Gigantic. Set a personal reminder to set yourself ahead of the rest and look forward to a spectacular show!

Local boys Stereophonics return to Wales to play a massive homecoming gig to adoring fans at The Arena, Venue Cymru, Llandudno. They celebrate 20 years of their seminal album J.E.E.P., the record that propelled them from indie icons to true international superstars.

Stereophonics tickets are on sale with Gigantic.

The enduring appeal of Rod Stewart continues to grow, and you can see the one of the world’s best-selling artists perform a career-spanning set during Autumn/Winter next year when he kicks off a mighty arena tour! Get your Rod Stewart tickets with Gigantic.

Weaving traditional African influences deep into his , Nigerian singer/producer Davido presents a unique sound finding fans right across the world. See him take over one if the biggest stages in the land when he plays next year.

Enigmatic and atmosphere, PVRIS takes alt-pop to a higher level by embracing a wide sphere of sound including brooding rock, hip hop and synth-pop. She has just announced major headline performances for the new year.

Vince Clarke and Andy Bell are back! Don’t miss your chance to see Erasure, one of the greatest pop acts of all time, when they tour in May. Erasure tickets are released by Gigantic, set your personal reminder now.