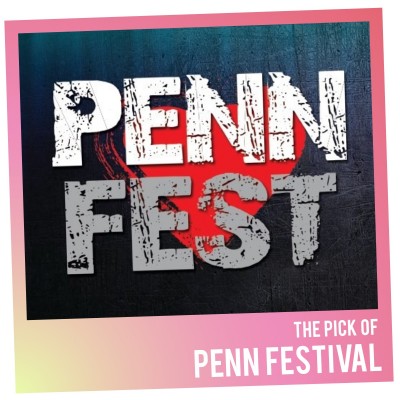 Taking place on Friday 21st and Saturday 22nd of July, Pennfest once again promises to be one of the best British festivals of the summer.

Pennfest always features huge headliners, a range of awesome cutting edge acts on stage and in the dance tents plus a range of great activities in the creative workshops and an artisan market to explore – you’ll find so many ways to have the very best time at the enormous weekender.

This summer marks the seventh year the festival returns to The Big Park in Buckinghamshire and they sure have got an amazing line-up. Check out all the amazing music you could be enjoying in July!

Primal Scream have led the way for rock for over 35 years, having grown out of the fabled C86 indie scene to explore the power of rave, the craziness of spaced out psychedelia and the cool sound of blues rock.

Last year saw the release of their latest album ‘Chaosmosis’ which featured a performance from Sky Ferreira on the single ‘Where The Light Gets In’. A major hit, it rose to No.3 in the UK charts.

DJ and production pairing Sigma unites the considerable talents of Cameron James "Cam" Edwards and Joseph Aluin "Joe" Lenzie. They quickly proved their prowess when their platinum selling single ‘Nobody To Love’ went to #1 in the UK charts.

Guaranteed to blow the audience away with a truly euphoric set, you just know they are going to pull a blinder.

Wilkinson certainly knows how to bring the party. One of the biggest names in drum and bass, his hits include ‘Tonight’, ‘Hopelessly Coping’ and ‘Afterglow’ which has been streamed an incredible 45 million times on YouTube.

This year has seen the release of his second album ‘Hypnotic’ which rose to the top of the UK Dance chart upon release in April, marking a major year for the DJ.

Led by Tim Burgess, The Charlatans have grown to become indie icons with such mega hits as ‘How High’, ‘One To Another’, ‘North Country Boy’ and ‘The Only One I Know’.

The band release the album ‘Different Days’ in just over a weeks’ time and so their set will be the perfect chance to hear the new material mixed with their classic hits.

Mancunians superstars James also join the massive bill. After they exploded in the 80’s they have maintained a loyal following which has helped them sell a staggering 25 million albums worldwide.

James had split up shortly after the turn of the century only to reunite in 2007. Last year saw the release of fourteenth studio album titled ‘Girl At The End Of The World’ which proved to be another major success.

Other great names playing this year are Kate Nash, Goldie Lookin Chain, Blonde, EMF, The Coral and many more. So, don’t hang around and get your ticket booked before they all go!

We only have limited supplies of Pennfest 2017 tickets.