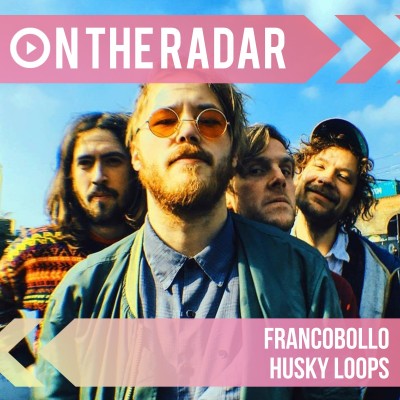 If there is one thing you can’t accuse Francobollo of, its being boring. Taking their name from the Italian word for ‘postage stamp’ and putting out videos that feel more like mini independent movies, the British/Swedish slacker band know exactly how to confuse and amuse.

Their latest video for new single ‘Good Times’ sees a hapless hero avidly study a TV bingo game show only to win more than he bargained for. It perfectly matches the ambling oddball shambling song with its sporadic bursts of distortion and casually harmonised vocals.

With the promise of “To Be Continued”, it appears to promise that the next video will continue the story that may unfold with subsequent singles to come from their debut album which is expected to be released later in the year.

The band have just announced a handful of not to be missed dates later in the year. Catch them when their tour takes them round the country in October and November at which they will hopefully be showcasing new material from the forthcoming release.

London based three-piece Husky Loops are satisfyingly original. Centred around a post punk style but not committed to it, Pier Danio Forni, Pietro Garrone and Tommaso Medica are free to embrace wider ideas making their sound fresh and original rather than being bogged down by clichés and the obvious.

This means that flowing bass lines are punctuated by a good hard power chord here and there, dual vocals are intertwined and sometimes used almost a means of percussion while songs veer from catchy disco fillers to snarling aural assaults in the blink of an eye.

Earlier in the year, the trio released only 300 copies of their eponymously titled debut EP on 12” accompanied by a beautifully designed sleeve. Now they have announced a headline set at The Actress & Bishop in Birmingham on Friday 11th of August where you can catch this must see band on their way up.