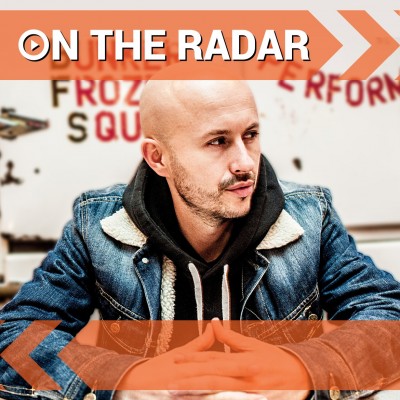 HECK are the first of a new breed of rock band. Similar to the punk movement of the late Seventies, in which the sheer ferocity of the music and deconstructive aesthetic translated into DIY revolution through which anything was possible for whoever wanted to get involved, HECK are amongst the first to understand the possibilities of video in the internet age. Although their truly dangerous antics on stage have been a massive talking point, for many it has been their videos featuring fake (ish) torture porn, irresponsible drinking and the best laser show since the split of Pink Floyd that has been their first introduction. If you haven’t yet, spend some time on YouTube checking their videos out and you will soon discover just why they have been proliferating many fans Facebook profiles.

Early in the year saw the release of their debut studio album Instructions through their very own label NPAG Industries. Whereas the band’s previous four EPs had served as means to spread the word of their chaotic gigs past the immediate audience or act as a reminder to those who were there, Instructions shows a real growth and an understanding of the difference between the energy of a live performance and the need to carefully craft whilst in the studio. Well produced, it captures the power of their live performances whilst never sounding ramshackle or amateurish. Indeed, the tracks sound damn right polished and radio friendly, if the radio station in question is partial to a bit of screaming, ultra-fast riffs and liked giving their listeners ears a bit of a pounding.

This September the boys are joined by fellow hard rock band Black Peaks on a joint headline tour that will no doubt test sound techs at each date to their limit. Brighton lads Black Peaks have also recently released their first studio album Statues, so with both bands having something to prove you can bet this will be one hell of a tour!

French Trip Hop sensation Wax Tailor continues his meteoric rise with brand new album By Any Beats Necessary to be released this October on CD and coloured vinyl. The upcoming record features the Southern Rock inspired track I Had A Woman.

Paraphrasing the infamous Malcom X quote for the title but subverting it with a nod to the Beat Generation, further supplemented by Kerouac-esque imagery on the cover and citing the Sartre play Dirty Hands as an influence, its clear from the off there are a lot of ideas in the mix. And to explore all these highbrow ideas and dirty beats floating in his head, he has enlisted the aid of star studded cast of accomplices including jungle legend Tricky, soul great Lee Fields, singer/songwriter Charlotte Savary and the one and only Ghostfaced Killah.

Wax Tailor (AKA Jean-Christophe Le Saoût) burst onto the scene in 2004 with the release of his EP Lost The Way following his time in the rap band La Forumule and a stint at being a radio DJ. His work has seen him nominated three times for the prestigious Victoires de la Musique award, and won the 7th annual Independent Music Award in the category of best Dance/Electronica album for Hope & Sorrow and took home the Sacem Electronic Music Prize in 2013.