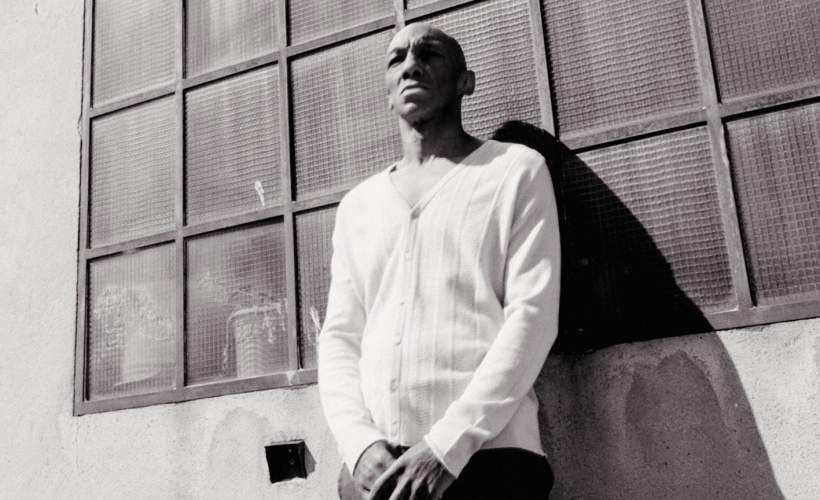 Originally, Tricky was a member of the Wild Bunch, a Bristol-based rap troupe that eventually metamorphosed into Massive Attack during the early '90s. Tricky provided pivotal raps on Massive Attack's ground-breaking 1992 album, Blue Lines. The following year, he released his debut single, "Aftermath." Before he recorded "Aftermath," he met a teenage vocalist named Martina, who would become his full-time musical collaborator; all albums released under Tricky's name feature her contributions.

Tricky signed a contract with 4th & Broadway in 1994. The contract contained a clause that allowed him to release side projects under different names, in addition to regular Tricky releases. "Ponderosa" and "Overcome" were released over the course of 1994; that same year, he made a cameo on Massive Attack's second album, Protection. Tricky's debut album, Maxinquaye, appeared in the spring of 1995. Not only did the album receive overwhelmingly positive reviews when it was released, but it entered the U.K. charts at number two, despite the total lack of daytime radio airplay. Throughout 1995, Tricky was omnipresent in the U.K., collaborating with and remixing for a wide variety of artists, including Björk, Luscious Jackson, and Whale. In the fall of 1995, he released Tricky vs. the Gravediggaz, a collaboration with the American hardcore rap group, as well as a single called "I Be the Prophet," which was released under the name Starving Souls. At the end of the year, Maxinquaye topped many year-end polls in Britain, including Melody Maker and NME.

In February of 1996, Nearly God -- an album featuring Tricky's collaborations with artists as diverse as Terry Hall, Björk, Alison Moyet, and Neneh Cherry -- was released, again to strong reviews; the album was released in the U.S. six months later. After completing the second full-fledged Tricky album, in early 1996 he relocated to New York City, where he began working with underground rappers. An EP called Grassroots was released in the U.S. in September. Two months later, Tricky's official second album, Pre-Millennium Tension, was released. Again, Tricky received positive reviews, though there were a few dissenting opinions.

In addition to his three releases of 1996, he remixed artists as diverse as Elvis Costello, Garbage, Yoko Ono, and Bush. Tricky's next full-length solo effort, Angels with Dirty Faces, appeared in 1998, followed a year later by Juxtapose, a collaboration with Cypress Hill's DJ Muggs and DMX's Grease. In 2001, Tricky returned with the Mission Accomplished EP, which was released by the Epitaph subsidiary label Anti. Blowback, his first for Hollywood Records, appeared later that June and included various collaborations with Hawkman, Live's Ed Kowalczyk, and Red Hot Chili Peppers' Anthony Kiedis and John Frusciante. Increasingly aware of his brooding persona in the media and annoyed that popular music magazines had started labeling him "the Dark Prince," he made Vulnerable in 2003 as an attempt to expose himself as a more accessible artist. The same year, the Back to Mine label released an album of remixes that he compiled, before he took a five-year hiatus from recording new material.

Knowle West Boy, his most critically acclaimed recording since Pre-Millennium Tension, marked a strong return by the trip-hop pioneer in 2008, and Tricky toured for a solid year behind it. In August of 2010 he emerged with the single "Murder Weapon," a reworking of Echo Minott's '90s-era dancehall hit that obsessed him. Following in the tradition of his infamous read of Public Enemy's "Black Steel" with backing vocalist Martina Topley-Bird, "Murder Weapon," like its precursor, also featured a female voice, in this case, Irish-Italian singer Franky Riley, one of his backing vocalists on the road. Tricky followed the single with the album Mixed Race later that fall.

Unhappy with Domino Records, he started his own False Idols label for the release of his ninth solo album, also named False Idols. After a couple of years of touring and festival appearances, he announced details of his tenth album, Adrian Thaws. Titled after his birth name, the 2014 release was another creative rebirth from the ever-evolving artist. Like 1996's Nearly God, his 2016 release Skilled Mechanics fell somewhere between a proper album and a side project, with Tricky joined by guests like Oh Land as well as artists from the False Idols imprint. He was back in 2017 with ununiform, which found him returning to his sonic roots with the help of frequent collaborators Topley-Bird and Francesca Belmonte, along with newcomers to his circle like Kazakh rapper Scriptonite and California vocalist Avalon Lurks, who sang on a cover of Hole's "Doll Parts".