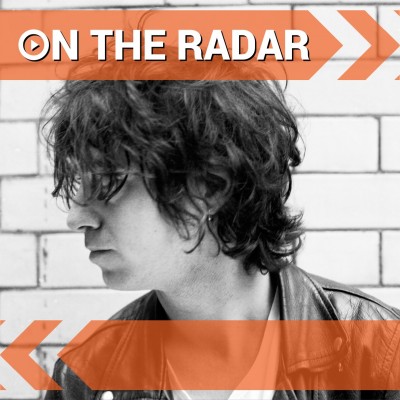 The highly lauded Tribes lead singer Johnny Lloyd has struck out on his own releasing his solo EP entitled Dreamland. The EP features a huge array of indie heroes including The Maccabees guitarist Hugo White who produced the tracks Happy Humans and Pilgrims at the band’s studio in Elephant & Castle whilst Hello Death saw Lloyd team up with tourmate Jamie T.

“Jamie and Hugo have very different producing styles but both got the best out of the songs. It was amazing working with them. Both had come off number one albums and it was a confidence boost in terms of my solo stuff. Both being musicians it was a lot about performance and trying stuff out. It was an amazing recording experience, probably my favourite in my career." - Johnny Lloyd

Work on the EP started all the way back in March of 2015 and it was clear it was the start of something special when Lloyd’s 8-track demos were streamed over 200,000 times after he uploaded them for fans to check out.

Dreamland is out now through Xtra Mile Recordings and will be promoted by a tour in Autumn. Tickets are already beginning to fly off the shelves so book now!

Post punk band FEWS have recently released their contemporary Krautrock inspired debut album Means and are ready to tour the UK in October. With franetic disco drums accompanied by echoing guitars producing insanely catchy riffs and the treble turned right up on the vocals, the album is a satisfying listen but begs to be heard live.

Three parts Swedish, one part American, the international melting pot formed after meeting on Myspace and began working as a band. Fews have been keen to purposefully cultivate an air of mystery around them by avoiding revealing too many details about themselves, including their names, to allow their music to speak for itself. However, album producer Dan Carey (Bloc Party, Hot Chip) has enthused about them having been amongst the first to discover their music:

“I was blown away when I first heard the demo of ‘The Zoo’, particularly at the point at which it first turns from major to minor. The song did it in such a subtle and unusual way that I immediately decided I wanted to make a whole album with them… they have an incredibly open, glassy and clear sound, even when they are hitting it really hard. In my mind, this creates possibilities which aren’t there for most bands.”