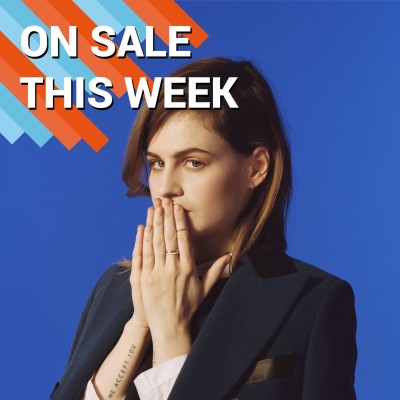 There can be no doubt that PJ Harvey is one of the greatest contemporary musicians for a generation. The innovative artist is the only ever two-time winner of the prestigious Mercury Music Prize and stands as a true testament to her lyrical depth and musical talent.

Her Autumn tour gives her a platform to perform material from her recent record The Hope Six Demolition Project. The album brings to light the plight of American citizens pushed out of their own communities by mismanaged gentrification.

Taking place at Clapham Common this weekend, Let’s Rock London is the perfect event for lovers of everything from the decade of perms, shoulder pads and New Romantics. The retro action will be presented by quintessential eighties celebrities to get you into the groove.

Sensational Sheffield festival Tramlines boasts a brilliant array of amazing acts including The Dandy Warhols, Jurassic 5, Kelis, Catfish & The Bottlemen and the irrepressible MC Dizzee Rascal. The city centre festival unites the best venues the city has to offer for a whole weekend of musical rapture.

The award winning celebration is a real calendar highlight for everyone in Yorkshire and beyond.

Following their conquering performance on the Other Stage at Glastonbury and performing a live set as part of the BBC coverage of the festival, rock band Bastille are primed to excite audiences at both sites of V Festival before hitting The O2 Arena and Motorpoint Arena Nottingham later in the year.

Just about to be released are tickets for Prince Charming himself Adam Ant. The dandy highway man will now play his phenomenal record Kings Of The Wild Frontier at just one more London date. The new wave icon will play the Platinum album in full in addition to other hits from his extraordinary back catalogue.

Grammy Award winning electronica band Clean Bandit have recently released their new single Tears and are poised to launch their upcoming eagerly awaited follow up to their debut album New Eyes. Likely to be released around the time they headline at Roundhouse in London this October.

We’re also very excited to be able to offer tickets for the very latest in fresh talent including the sublime synth sound of Christine And The Queens and leading popstar-in-the-making Dua Lipa has just announced her tour in October.

Plus, we have great assortment of interesting songwriters including cult antifolk singer Emmy The Great, emotive artist Ry X and Samm Henshaw whose incredible talent is matched only by his massive charisma

Brand new festival Fort Fest blasts onto the scene this September with a great rock line-up which includes InMe, Lonely The Brave, Young Guns and Max Raptor. Not only does Fort Fest boast a confident roster of headliners, they also have rounded the best promising new acts making the festival unmissable.

North Lincolnshire festival Party In The Pines takes place in the beautiful woodland near Appleby. The idyllic location sets a perfect backdrop to great bands like The Pigeon Detectives and Alias Kid with late night DJs and great food on offer too.

Click HERE for your Party In The Pines tickets.

Party At The Races combines all the decadent delights of the tracks with three amazing stages of live music topped by dance legends Basement Jaxx. Taking place at Brighton Racecourse on Saturday 1st of October, the excellent event offers the best in entertainment such as a vintage funfair, award-winning cocktails and even virtual horse racing!

Click Here For Your Party At The Races tickets.

Get ready to relive the Summer Of ’69 because Bryan Adams is about to return to a stage near you. With such ubiquitous hits as Heaven, Run To You and (Everything I Do) I Do It For You, the Canadian Rockstar is one of the world’s best-selling artists of all time.

Alternative audiences will be thrilled to know indie band Drowners are gearing up to tour their new record On Desire, Grouplove also return to our shores to play material from upcoming album Big Mess and effortlessly cool Nouvelle Vague will play their noir disco at O2 Forum in London.

Also, leading YouTube personalities Joe And Caspar have just completed another one of their hilarious haphazard tours. This time the prank-happy pair have been tearing around the USA and are back to tell all with behind the scenes shows all around the UK.