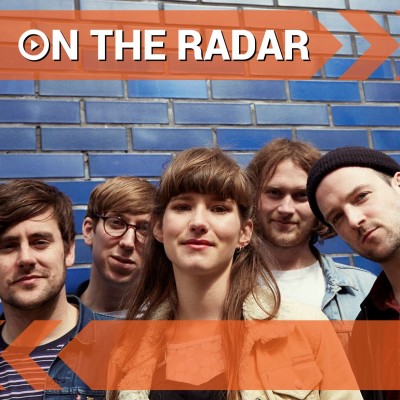 The newly released title track follows the anguished yearning single Pool Party, the upbeat romp Coming Of Age and the radiant sway of the song Leadlight.

“Don’t Let the Kids Win feels very much like one of those albums that will slowly creep into the affections of a large number of people; it’s that lovely.” - The Guardian

Australian born Julia was raised in the Blue Mountains and began to catch attention when she moved to Sydney to study. Following her graduation she found herself on the factory production line, making essential oils. Her drudgery would not last long as she would soon be signed and be swept away on a huge international tour of the US, Europe and her homeland building an international fan base.

Following the release of her must-hear album, she starts 2017 with a tour which takes her to some of the coolest spots the UK has to offer, including Green Door Store in Brighton, The Soup Kitchen at Manchester and The Bodega in Nottingham during February plus Louisiana in Bristol and Scala London in March.

Get into Get Inuit. They have enjoyed an outstanding 2016 which has seen the scuzzy melodic rock band make a serious impression on audiences with their infectious hooks and at such prestigious festivals as SXSW, The Great Escape and Field Day. The Kent four-piece only formed in 2013 but have already amassed quite an impressive back catalogue of killer singles including Electrify, Pro Procrastinator, I Am The Hot Air and the recently released Teriyaki.

The new video has the snotty garage rockers making obvious overtones to their prime influence; The Beach Boys. Faux nostalgia accelerated to sound like a record playing on the wrong rpm, the Americana inspired track hurtles at breakneck speed and is over in just two minutes and fifteen seconds. Devilishly catchy, you cannot help but play the irresistible track repeatedly and looks to be a real highlight piece of their set.

Join the band when they blast of 2017 with a date at The Lexington in London on Wednesday 25th of January 2017 so you can enjoy can hear their string of sensational songs for yourself.

Their resplendent songs of post-modern romantic escapism can be found on a handful of vital singles and two essential EPs which have been receiving prominent airplay on BBC 6 Music and seen them become firm favourites on the international festival scene. Each song a giddy head rush of exhilarating guitar riffs and sweet melancholia. Their incredible output has even reached Japan which led to a tour of the country earlier this year.

Never ones to miss an open goal, they seized the opportunity offered whilst in Japan and brought on board filmmaker friend Darren J Topliss to capture their time on tape and produce the promotional video for Glow In The Dark, which sees Sophia wander the dark neon lit Tokyo streets in an apt reflection of the song title. Furthermore, they made the ingenious decision to make the physical release an actual glow in the dark 7” vinyl single which is available through Dirty Bingo Records.

Following the Japanese tour they played a triumphant homecoming set on the main stage at the glorious day festival Humber Street Sesh. Taking place on the banks of the magnificent Humber estuary under the scorching sun, their performance was a masterclass in how to enthral a spectator and attracted a huge ecstatic crowd.

They celebrate the start of the festive season with a headline date at Sebright Arms in London on December 1st marking their last date in what has been an incredible year for the band. With rumours that they have been in the studio busily creating a highly anticipated debut album, the future certainly looks bright for Humberside / Massachusetts’ best dream pop band.