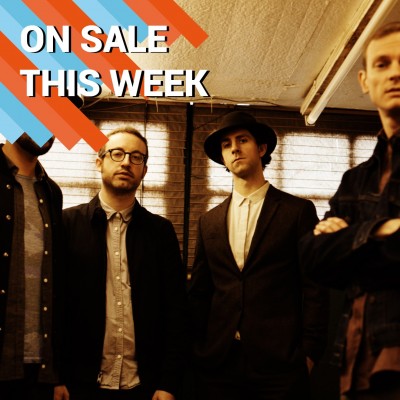 Gigantic has tickets for them all!

Once upon a time Seasick Steve was hitching a ride on freight trains looking for work wherever he could find it. Now the legendary American blues busker will playing his biggest show to date on the prestigious stage of The SEE Arena, Wembley.

An amazing guitarist and a great character, Steve is sure to raise the roof.

Get your tickets for Seasick Steve right HERE.

Get your tickets by clicking HERE.

Tramlines takes over Sheffield city centre for yet another year. The glorious gathering of amazing acts takes place from Friday 22nd to Sunday 24th of July. Headline acts include Dizzee Rascal, Catfish And The Bottlemen, Kelis and Jurassic 5.

After the massive success of 2Q in Derby the festival has gone ahead and released a very limited amount of early bird tickets for next year’s festival in 2017.

The city centre festival saw the likes of Reverend & The Makers, Little Comets, We Are the Ocean and Rolo Tomassi play across six of the very best stages in different venues.

To get your 2Q Early Bird Tickets just click HERE.

We’re sad to say that The Enemy have decided to call it a day. The power trio’s career has seen them sell over 1,000,000 records, shoot to Number 1 with their debut album We’ll Live And Die In These Towns and win the loyalty of devoted fans around the world.

Give them the send-off they deserve.

Tickets can be bought HERE.

You might have noticed we’re finally starting to see a bit of sun so with summer around the corner it’s a great time to start thinking about festivals.

His cut includes the funked up freestyle MC Loyle Carner, sublime singer/songwriter Billie Marten as well as up and coming great Oscar. Plus the excellent bands The Big Moon and Blaenavon.

That’s in addition to a line-up that already includes Chvrches, Rat Boy, Daughter and Poliça. Wow!

Get your Latitude tickets HERE.

If you’re in need of a bit of culture while you are camping then Wilderness 2016 is the one for you.

Bringing together fine dining from Michelin-star chefs, talks from pioneering thinkers from around the world and the wonderful theatre on the new added Wilderness Playhouse in the idyllic Oxfordshire countryside of Cornbury Park from Thursday 4th till Sunday 7th of August.

If that isn’t enough Robert Plant & The Sensational Space Shifters will be performing, plus music from The Flaming Lips, Roy Ayers and James Rhodes.

If you can’t quite wait till summer the Bath International Music Festival takes place at various venues in May.  They’ve managed to round up Teddy Thompson with Kelly Jones, Lera Lynn and Piaf! the show.

Later on in the year The London Folk and Roots Festival will be presenting some great acts in November, including Messers Mitra, The Wayward Band, Maz O Connor and Sara Jarosz.

You want tickets? You want Gigantic.