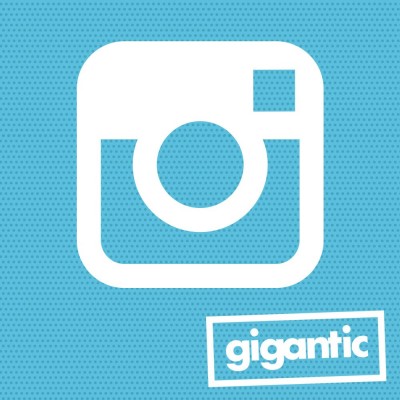 Turns out there’s a new star in town. Iggy Pop has an extremely charismatic pet cockatoo called Biggy Pop and has started a dedicated Instagram page to the beautiful bird. The punk legend only started @biggypop a couple of weeks ago.

The Moluccan cockatoo always makes sure to show of all it’s best angles and actually manages to do the impossible and out-cool Iggy!

Kim Gordan’s Instagram account gives us a real insight into the everyday life of the art rock legend. Hanging out with all your heroes, playing wicked records and constantly going to gigs it turns out she’s just as amazing as we all suspected she was.

Take a gander at @kimletgordon

The Cribs have a great summer lined up playing at Camden Rocks, Isle Of Wight Festival and the absolutely brilliant Y Not.

Get your tickets from Gigantic right HERE.

Being the indie heroes that they are, they love a bit of DIY and so they’re always messing about with the old camera phone.

Singer of the fantastic post punks Savages, Jehnny Beth’s page is a great look at behind the scenes of the band whilst recording and on tour. The effortlessly cool photos seem to be documenting the rise of an icon.

Have a look at @jehnnybeth.

Savages will also be appearing at Leeds and Reading Festival this year. Tickets are on sale HERE.

Death defying hard rockers HECK are always up to some sort of chaos. Whether its dangling upside down from the rafters of a club, choreographing an oddly genius dance routine or taking photos of themselves doing something you really shouldn’t try at home. You can find them at @abandcalledheck.

The album is one day away from being properly finished. OUR MINDS ARE MELTING 😍😍😍😱😳😄😩😖😭😳😍 by @wearebigdeal

They’re touring round the country to promote their new album Say Yes plus they’ll be putting in an appearance at the brilliant Handmade festival in Leicester. Get your tickets with Gigantic right HERE.

We’ve also got our very own @gigantictickets page showing off the best tickets on sale and what we’ve been up to. Give us a follow!