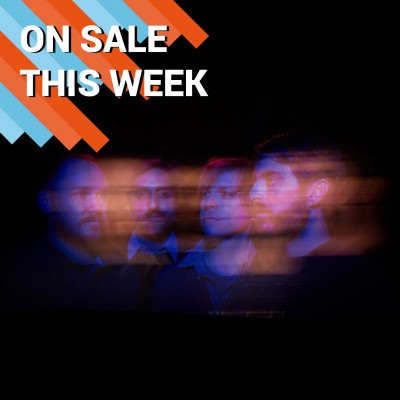 Gigantic always has the best tickets in town. So let’s look at what’s hot this week.

Explosions In The Sky

Following the release of their 7th album The Wilderness, the Texas post rock band Explosions in the Sky have announced a huge UK tour for October. Including dates at the iconic O2 Academy Brixton and O2 Institute Birmingham.

Tickets on sale Friday 9am from here

The cast of the hit TV series are stepping back onto the live stage this October! The Next Step Wild Rhythm tour brings the energy of the TV show to the stage with unparalleled levels of skill and technique. Dates have been announced in Brighton, London, Manchester & Glasgow.

Returning to take over some of the best venues in Nottingham this September with a huge line up including Sikth, Inme, Seafret, Eyre Llew & many more all in aid of raising funds for Macmillan Cancer Support. Over the course of the day there is 7 stages with 50+ bands, a BBQ, raffle and so much more!

Their second album ‘The Ride’ is one of the most eagerly anticipated releases of 2016 (and it’s only April!) and in support of this Catfish and The Bottlemen have added an extra date to their tour! Playing in the somewhat intimate surroundings of Northampton’s Royal & Derngate Theatre. These tickets are guaranteed to fly! Don’t forget they have also confirmed massive performances at Sheffield’s Tramlines, Truck Festival, Y Not Festival and Bristol Summer Series

Tickets on sale Friday 10am from here

We also have loads more on sale this week including a rare show for Barenaked Ladies at London’s Roundhouse, Mystery Jets, Busta Rhymes, Saul Williams, Fidlar & Swans, plus loads more, check out our weekly newsletter to see everything else!

This week is also the inaugural 2Q Festival in Derby featuring Reverend & The Makers, Little Comets, We Are The Ocean and 50+ more taking over six venues across Derby City Centre.

Tickets are on sale now here!