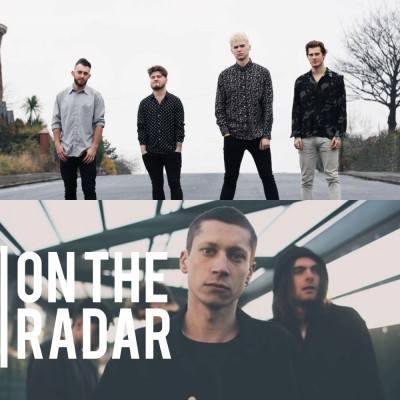 October Drift are the brooding band who know how to build on tension perfectly before unleashing devastating blows of energy. Their band members include drummer Chris Holmes, guitarists Daniel Young and Kiran Roy who takes on lead vocals with Alex Bipsham on bass guitar.

Owing much of their appeal to their atmospheric feel, their songs build towards perfectly timed weighty explosions of sound allowing distortion to blast out then drift and decay as fallout, lending the impassioned vocals added poignancy. Its this bold sonic experimentation applied to well-constructed songs which enable their music to be epic in scale yet raw and gritty enough to avoid any sense of theatrics. In short, they have all the feel and potential of a huge act without any sense of pretence or forced dramatics.

Despite not having any major backing the fourpiece have proved themselves through prominent festival appearances at BBC6 Music Festival, Camden Rocks, Dot To Dot and Tramlines enabling them to build a groundswell of support around the whole of the UK.

Their cult status is already attracting media attention having received widespread acclaim from the likes of The Line Of Best Fit, Louder Than War, CLASH and Q Magazine plus personal recommendations from Steve Lamacq.

First formed in 2014, October Drift have thrown themselves into a flurry of activity with relentless gigging combined with frequent returns to the studio to produce new material. First starting with the emotively charged single ‘Whoever’, the band released a string of awesome releases backed by some seriously high-quality videos including further singles ‘You Are, You Are’ and ‘Robots’ plus the ‘Stranger Days’ EP.

Their latest release is the second EP 'This Is Nowhere' released through Bad Rival Records. The four tracks are led by the single ‘Cinnamon Girl’, a song originally conceived as Roy lay semi-conscious as the needle kept skipping on his copy of Neil Young's 'Everybody Knows This Is Nowhere'.

This year sees the Somerset boys head out on the road for an Autumn tour. Do not miss your chance to catch them play.

Bolton born musician Jordan Allen has assembled a fine crew around him as he looks to make his name. Their laddish swagger oozes confidence and lends itself well to the hook laden tracks which are sure to set any indie disco dancefloor alight.

“We want to announce ourselves on the scene. We’ve all worked incredibly hard to get to the stage we’re at now and we’re gonna savour every second of it. We want to become the band that people want to go and see.”

Last year saw Allen and friends take to the BBC Introducing Stage at Leeds and Reading Festivals after being selected by Radio 1’s very own Huw Stephens. This gave the boys the perfect platform to show off their work which includes the masterful ‘I Wanna Be Remembered’ EP and recent steamy single ‘Helter Skelter’.

They finish off 2017 with an extensive tour which takes them all over the country. Make sure you catch Jordan Allen and his band at one of the many December dates.