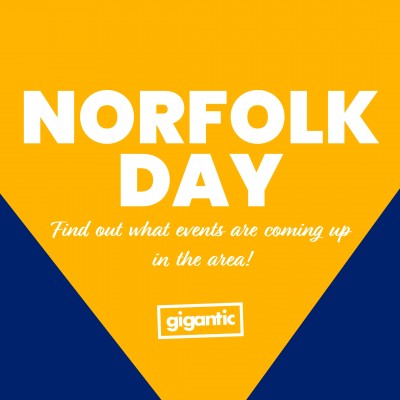 From the beautiful coastline to the remarkable country town of Norwich and the stunning rivers and lakes of The Broads; their can be no denying the majesty of East Anglia and Norfolk Day celebrates the remarkable region every year on July 27th.

First started in 2018, the annual event is backed by such celebrity supporters as Stephen Fry, Delia Smith, and Jake Humphrey. Wildly popular, #norfolkday trends every year on Twitter, as the rural communities move into the digital era.

We join in the excitement of Norfolk Day by showing you the best live music coming to the region in the near future. Remember, if you’re looking for the best tickets for gigs and festivals; you need Gigantic!

Party punks Warmdüscher continue their bid for global domination, playing Waterfront on Thursday 10th November, see Let’s Eat Grandma smash it at Epic Studios, Norwich on Saturday 22nd October and The Amazons showcase new album How Will I Know If Heaven Will Find Me? on Wednesday 19th October at The Nick Rayns LCR, UEA.