Grammy Award-winning LA rockers Eagles are one of the pillars of popular music. Selling more than 200 million records worldwide, their phenomenal singles including “Hotel California”, “Best Of My Love”, “I Can’t Tell You Why” and “New Kid In Town” have come to define the golden age of rock and roll.

Eagles fly high once again, and announce major arena shows for the new year. Set your personal reminder with Gigantic and look forward to hearing all their classic hits from right across their glittering career.

Machine Head & Amon Amarth join forces for a mighty metal tour featuring two of the greatest hard rock heavyweights of all time! Throw your horns in the air and get ready for the most intense face melting riffs – ever.

Relive the decadent 80’s with the best of the bands and popstars at Lets Rock! The travelling festival has just announced their huge line up which includes such world class acts as Squeeze, Wet Wet Wet, The Human League, Bananarama and many more! 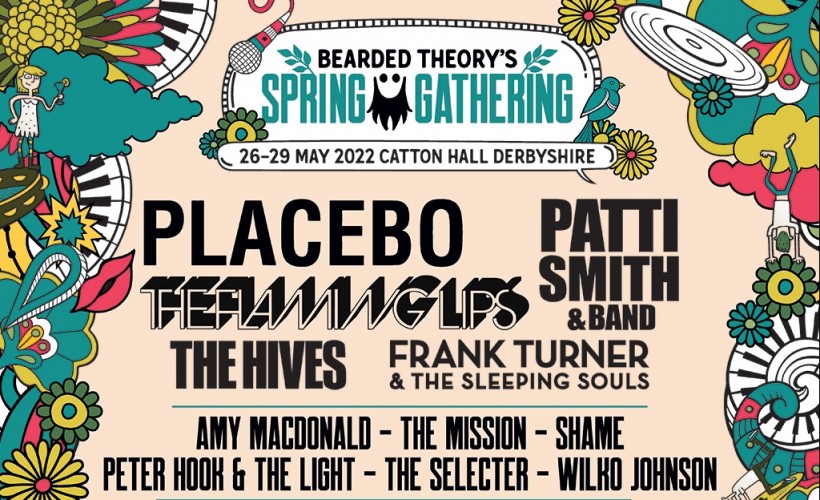 Family friendly festival Bearded Theory has just announced a star studded line up packed full of awesome acts. Including Placebo, Patti Smith & Band, The Flaming Lips, The Hives, Frank Tuner & The Sleeping Souls – the big names go on and on!

Otherwordly hip hop pairing Earthgang prepare to drop new album Ghetto Gods – destined to be one of the biggest rap records of the year. They promote it with huge headline dates, sure to thrill their U.K. fans!