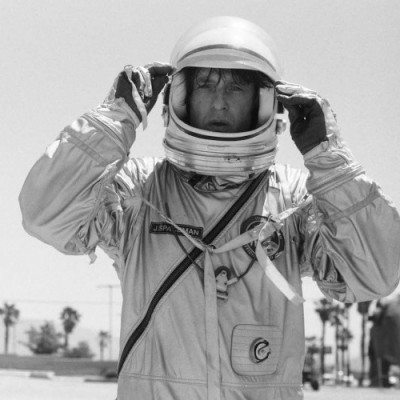 Led by Jason Pierce; Spiritualized are the acclaimed band the dare to stray way past the outer limits, blowing minds for the past thirty years with their chemically enhanced psyche, space rock, gospel and garage rock concoction. Despite the turbulent past, aggravated by addictions, arguments and a constant changes in line up, Spiritualized have somehow released seven Top 40 albums, including masterpiece record Ladies And Gentlemen We Are Floating In Space, and have established themselves as a vital cornerstone of British rock.

Having just announced a tour in support of exciting new album Everything Was Beautiful, we take a look at the hedonistic band’s Top 3 Tunes! Grab your Spiritualized tickets with Gigantic HERE.

“Anyway That You Want Me”

An early glimpse into the greatness that was to come; Trogg’s cover “Anyway That You Want Me” was the very first Spiritualized release following the implosion of singer Jason Pierce’s former outfit Spacemen 3 in 1990. The deep dive into neo psychedelia which is sure to trigger a trip in anyone was just a hint at the huge headrush which has now seen them reach such stratospheric highs.

Bold and bolshy, “Come Together” is the colossal anthem that features on Spiritualized’s magnus opus Ladies And Gentlemen We Are Floating In Space. A roaring sardonic song, dripping with angst and attitude, seemingly referencing the pains of drug addiction and self-destruction is always an intense experience when played live.

“Always Together With You”

Fans are thrilled with the announcement of the upcoming ninth Spiritualized Everything Was Beautiful, featuring a monumental 30 performing musicians and set for release on 25th of February. First dab of the eagerly awaited record is lead single “Always Together With You”; a loved-up odyssey of epic proportions.

Keep scrolling for further details of the Spiritualized tour and book your tickets HERE.

Spiritualized tickets are available with Gigantic.