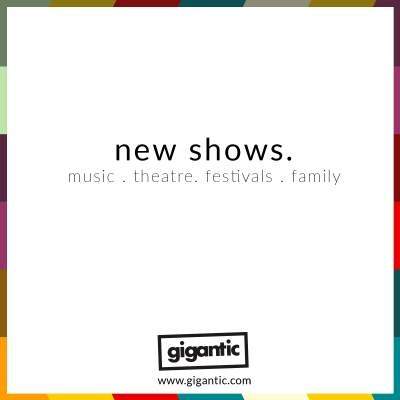 Dutch hard rockers Vandenberg are ready to release a new as yet untitled album which they promote with a UK tour in November!

Southern rock band Drive-by Truckers have a huge following who will be thrilled to they will be playing Chalk at Brighton next year.

Sub Pop signing Rolling Blackouts Coastal Fever have announced the release of follow up album ‘Sideways to New Italy’ which they promote with headline gigs in March.

Rolling Blackouts Coastal Fever tickets are released at 09:00 on Friday 05/06.

Defining the true independent DIY spirit, The Lovely Eggs are the cult band that never fail to charm the pants off us. Their new album ‘I Am Moron’ is going to be the most important record of the new decade.

Passionate about music, Gigantic continues to bring you an unrivalled selection of tickets for the most exciting live music events including gigs, outdoor shows and festivals. Make sure you don’t miss out by setting a personal reminder with Gigantic which will alert you with a text message or an email just prior to the release of your chosen tickets.

Big shout out to our Gigantic Gang who follow all our interesting BLOGS including our ARTIST OF THE WEEK, the insightful piece MY FAVOURITE ALBUM plus #NEWMUSICFRIDAY – the ultimate soundtrack to your weekend!

Check out what else is going on sale this week: