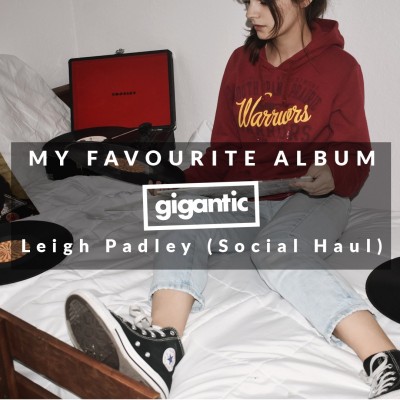 My Favourite Album takes you through the best records as chosen by key song writers, taking us through the music that inspires them. Today, we are speaking to Leigh Padley from Social Haul!

Taking on guitar\vocal and songwriting duties, post punk trio Social Haul is fronted by TRAAMS bassist Leigh Padley and features drummer Richard Trust and bassist Daniel William Daws. The three-piece came rampaging onto the scene with “Wet Eyes”; an overheard drunken rant put to razor sharp beats celebrated by Under The Radar who were “immediately impressed with their blisteringly hot first single”. The band have expanded on the character on further singles “The Ease” and “This Is All I Need”, both further proving a new breakthrough band had definitely arrived!

This Friday sees the release of the eponymously titled debut album. Released via FatCat Records, their first LP is produced by Daniel Fox, bassist of Girl Band, and continues the misbegotten misadventures of their inebriated anti-hero over ten tracks. CLICK HERE to pre-order their upcoming album on MP3, 12” vinyl and exclusive limited edition 12” purple vinyl.

Social Haul will be touring to promote their album, playing YES Basement at Manchester, Birmingham's Sunflower Lounge and Sebright Arms in London during September - tickets on sale now with Gigantic!

A lot. I can’t believe I hadn’t heard it until only a couple of years ago. The way in which all of these beautiful melodies and unique textures come together get me every time. I admire it very much, what incredible vision.

I don’t pay too much attention to the lyrics on this album. They are great to sing along to and are wonderfully curious but it’s the musical themes on show that grab me. I’ll attempt a deep dive on the lyrics one day.

I find that this album marries a lot of my favourite things in music. Assured experimentation, filthy guitars, pop structures, I could go on! I just love its overall sense of grit and whimsy.

“Third Uncle” which sounds like a mixture between Meddle-era Pink Floyd, XTC and CAN.

A warmer arrangement of “Put A Straw Under Baby” wouldn’t sound out of place on a Beach Boys record nor a colder one on one of The Incredible String Bands’.

My favourite track on the album would have to be “Back In Judy’s Jungle”. A strange number armed with the most super guitar melody.

Do give it a spin, if you enjoy it make sure that you also check out his surrounding Art Rock stuff: Here Come The Warm Jets, Another Green World & Before And After Science.