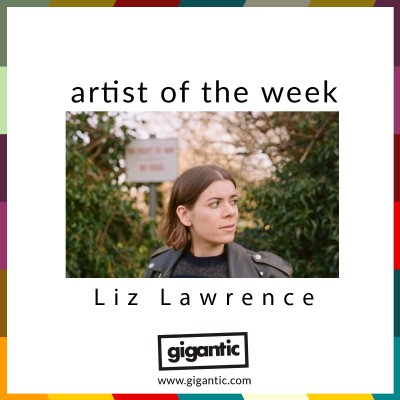 Having quickly achieved early success, lo-fi indie songwriter Liz Lawrence underwent an extensive period of re-invention before emerging as the incredible emotive synth pop songwriter we see today. Having just released new singles  "Down For Fun" and "Where The Bodies Are Buried" ahead of third album The Avalanche, Gigantic looks back at the career of this formidable British talent.

Following the release of debut album Bedroom Hero in 2011, a huge independent success after hitting No.2 in the Bandcamp charts, multi-instrumentalist Liz Lawrence opted to form electro-pop partnership Cash + David and spent extensive time on the road touring alongside Bombay Bicycle Club. Whilst this would take her away from writing and recording her own personal work, it would give her the experience needed to take her music further – particularly improving her production skills and giving her a wider perspective for greater possibilities.

Regaining a sense of focus and purpose, Lawrence would drop double A-side singles "Chainsmoking" / "We Got Love" and "Circling Numbers" / "Floors". Her first new material for nearly three years following the Health & Safety EP, the new songs built upon the lo-fi indie feel of her earlier releases whilst embracing an atmospheric synth pop. The huge leap forward in style and sound was immediately apparent and celebrated by critics and listeners alike.

Emboldened having now found the perfect fusion of her past and present self, Lawrence would release second album Pity Party in 2019. An unapologetic statement of self, it combines deeply personal lyrics which act as defining declarations of intent and purpose rather than confessional songs or admissions from a struggling artist.

Having truly re-established herself, Lawrence returned earlier this year with new single “Where The Bodies Are Buried” – a colossal anthem full of fiery passion. It has rapidly been followed by her latest track “Down For Fun” which is brimming with attitude and turns the tables on the patriarchy control of all spaces and culture.

"Moving back brought up a lot of complicated feelings, and "Down For Fun" is about returning to a place I was desperate to leave for so long. It's definitely the sort of music I would have listened to when I was last walking down these streets. But it isn't nostalgic. It isn't sentimental. All the subcultures and countercultures I was around were very male-dominated, and this is about feeling like there are other options. It's the words I needed to hear."

"Down For Fun" and "Where The Bodies Are Buried" will both appear on Lawrence’s highly anticipated upcoming album The Avalanche. Released on 17th of September, her next record is expected to translate the energy and the excitement of her shows into eleven songs which present her inner self to the entire world.

"I feel like there's power and aggression in the way I perform live, and I wanted to capture that on The Avalanche. It was a complete pleasure to write. I'd had all that anxiety around releasing Pity Party after such a long period of not writing under my own name. But I was buzzing off the fact that people were receptive to it live, and it gave me so much confidence to make this."

Liz Lawrence celebrates the release of her new album with headline dates at Lafayette in London and Nottingham’s Bodega. Plus, you can see her play at Signals Festival in Matlock, where she appears alongside The Charlatans, Tim Burgess, Rhys E and many more major acts!