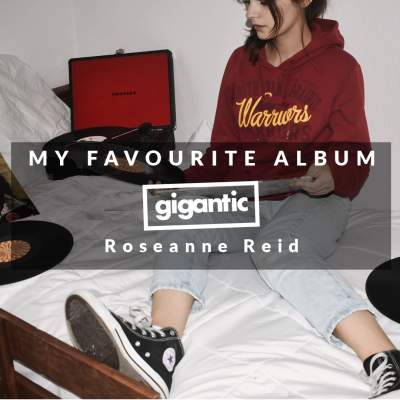 My Favourite Album brings you a revealing insight into the hearts and soul of performers and key players in the music industry. This week, we are joined by Roseanne Reid!

Combining country, folk and Americana; acclaimed Scottish songwriter Roseanne Reid quickly attracted widespread critical approval in 2019 with the release of her debut LP Trails and was named in The Sunday Times 100 best records of the year. It was followed last year by The September Tapes, a thoughtful three track EP which captured the longing for connection during the pandemic on the song “Couldn’t Wish More For You” and included evocative covers of “You Are My Sunshine” and Miley Cyrus single “Malibu”.

This month has seen the release of her powerful new song “Tentsmuir Sky”. Tender and emotive; Reid’s latest offering sees her become a conduit between a magical place of personal escape and the world she is fleeing.

“Tentsmuir Sky” and previous single “You Under Estimate Me” will both feature on Reid’s highly anticipated upcoming Horticulture EP which is mixed and mastered by Dave Eringa, the producer\engineered famed for his long-term collaborative work with Manic Street Preachers plus Idlewild, The Who, Wilko Johnson and many more greats. Horticulture is released on April 10th via Last Man.

See Roseanne Reid play support for Teddy Thompson at The Glee Club in Nottingham on Thursday 27th of January.

I first heard “Miss Ohio” from Soul Journey when I was 16, in a record shop in Edinburgh (I think it was Coda Music). As I delved deeper into the songs, it struck me as a stripped-back, acoustic album that somehow still sounded as powerful and important as anything else I could imagine.

Soul Journey was a pivotal piece of work in steering me towards Americana music. This album is widely regarded as a cornerstone in the Folk/Americana genre, and it’s something I return and refer back to constantly. In these songs, I hear stories and messages so beautifully crafted they still move me after all these years.

The album is melancholy, musing and brilliant in its simplicity.

Talk us through your favourite song and lyrics on the album.

My favourite song on this album is “Lowlands”. I have really fond memories of being on tour with a great songwriter called Rory Butler and driving up towards Ullapool in the North of Scotland from Edinburgh. As we left the city behind, “Lowlands” came on in the car. It was the perfect song to see us into the wilds of the Highlands – “Oh I know, I know that I should go, I’ve been in the lowlands too long”. When the harmony comes and lifts the song on the chorus, it latches onto your soul.

My favourite lyrics on the album actually come from “Look at Miss Ohio” – “Oh me oh my oh, would you look at Miss Ohio, she’s running around with her rag-top down, she says I want to do right, but not right now”.

These words, to me, epitomize the eternal struggle of the human condition. So many of life’s moral dilemmas summed up perfectly in a single line. It’s the fundamental drive to live well, sparring with the devil on your back.