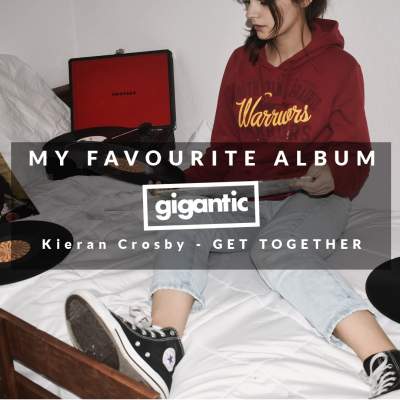 Gigantic’s regular My Favourite Album blog gives a revealing glimpse into the records that inspire awesome artists and key figures in the music industry. This week, we are very pleased to hear from Kieran Crosby, promoter of GET TOGETHER – the brand-new Sheffield festival everyone is getting excited about!

Promising to be one of the best new festivals of 2021 – GET TOGETHER hits the Foundry in Sheffield during the May Bank Holiday on Saturday 1st and Sunday 2nd, boasting incredible Irish post punks The Murder Capital and essential alt-pop star Self Esteem as the headliners. 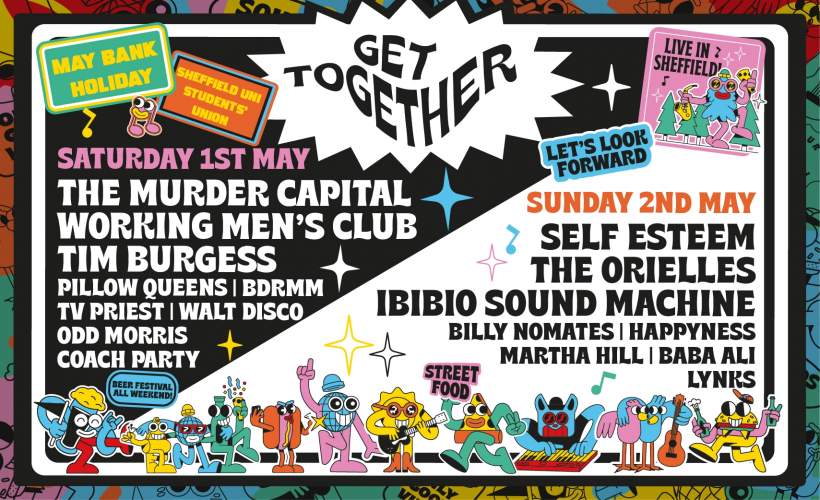 “Beneath This Burning Shoreline” by Cherry Ghost.

I was a fan of Simon’s (Aldred) first record “Thirst for Romance” but it had bypassed me a bit when it first came out. It wasn’t until later that year I picked it up and really listened to it. It’s rarely been left alone since.

Choosing one album as your favourite is pretty impossible, but this record means a hell of a lot because it’s something that I return to all the time. Musically it’s quite a dark record to begin with. I listened to this a lot when I was searching for work and stuck in a rut. The second half is the total opposite though. It knocks you down and brings you back to your feet with the optimism to push forward. So, I guess if I had to choose any record that I’ve turned to during hard times or wanting to find a silver lining then it would be this one.

I think that goes hand in hand with Get Together too. We’re a new festival in Sheffield, but announcing during a pandemic is risky. But our message has always been that we want to look forward. In two ways - look forward to when all go out and do the things we love and look forward to seeing brilliant new artists pushing music forward.

It goes without no irony that our festival’s name is the one thing you can’t do right now. But we can’t wait until May comes around and we’re able to do exactly that.

The album starts with two very emotive tracks – Sleep on Stones and A Month of Mornings. Both tracks paint a landscape which reminds me of spending time in the Peak District – vast open space which is as dramatic and brooding as it is beautiful and inspiring.

One of my favourite lyrics is from Kissing Strangers –

It’s a great example of how great Simon’s lyrics paint pictures of scenes and characters. It sits over the top of a sprawling string section which just paints a pure romantic image of a guy who’s down and out.

The track Black Fang is a shout from the rooftops love song in my opinion. The strings drop out for an electric guitar and synth and it makes you want to put your arm around someone you love. My favourite lyric is:

The album ends on two of my favourite tracks. Firstly, Dimond in The Grind – a delicate waltz which is as beautiful as it is heart breaking. The song builds to a huge blanket of orchestral sounds.

Finally, Strays At The Ice Pond. A magical and wintery instrumental. It’s a perfect sum of the album. While it may seem cold, there’s an intense level of beauty and romance that runs throughout the whole thing.

This year marks the 30th birthday of my favourite label, Heavenly Recordings. They celebrated the newly formed Love Record Stores Day earlier in the year and released the album on wax for the first time, which for me was massive! I was so glad to add it to my collection. The artwork is by Luke Insect and houses the music perfectly.