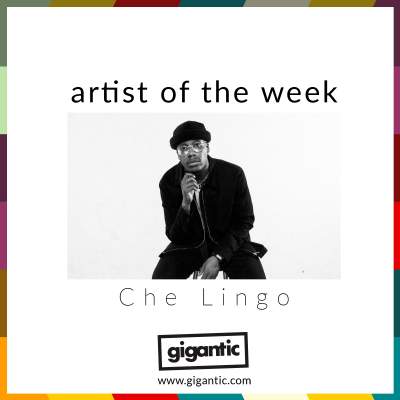 Taking a truly heartfelt approach to grime, Che Lingo is the new homegrown hip hop talent breaking through and making a big name for himself.

Having just signed to non-other than Idris Elba’s label 7Wallace; this year has seen the release of his essential debut album ‘The Worst Generation’ which includes the track ‘My Block’ – a British Black Lives Matter anthem which is demanding worldwide attention.

Born in South West London, the heart of Grime, it would be no surprise that Che Lingo would be drawn to the sound of his streets and began working on music in the local youth clubs of the area as a teen. Quickly rising above the rest, his natural aptitude developed into formidable skills as he began to experiment and embrace a wider range into his sound, with his music taking on a more heartfelt and added emotional dimension to the typical harsh sound associated with the genre.

Picked up by management on his 21st birthday after being spotted smashing it at an open mic night, it opened up new opportunities for the young rising star who quickly made good on his promising start with the release of debut EP ‘Charisma’ in 2018which revealed a rapper who was able to talk about society, his inspirations and his own inner pain with remarkable articulation. His deft lyrical skills were further proven the following year with mini-album ‘Sensitive’

This year has seen the rising rapper drop his stunning debut album ‘The Worst Generation’! Released by none other than superstar actor and DJ Idris Elba on his 7Wallace record label; ‘My Block’ has become a British anthem which raises the issues addressed by the Black Lives Matter movement and has resonated with listeners around the world.

Plus, check out his immense collaboration tracks including ‘Black Ones’ featuring Ghetts, ‘Dark Days’ with Kojey Radical and he teams up with Rachel Chinouriri for ‘Perfect Wounds’.

Talking about his latest LP, Lingo took to Twitter to impart just how important the music is and how vital it was to keep creating at the most difficult of times.

“From my injury to family/friends passing away, the #BLM protests and COVID-19 lockdowns, to illnesses and mental struggles with myself and the world as it stands (no excuses just reflections). I cannot put it to anything other than God and the strength/passion I was granted that’s allowed me to persevere through these very trying times but thankfully we did and THE ALBUM IS DONE!"

“👑 inspired by my relationship with my childhood growing up in the ends (south london) my experiences as a ‘black male’ in London (considered the “worst” of this/any generation) and how that’s imprinted on not just me but a lot of us who grew up in estates and saw our friends and family affected by poverty and lack of support…in our heads, lives and hearts. I hope it resonates with everyone.”

Next year sees Che Lingo hit the road in support of ‘The Worst Generation’, playing major headline gigs right around the UK before retuning to London to play a massive homecoming show in London at Lafayette. Each date is expected to sell out and tickets are on sale with Gigantic – click the link below to grab yours!