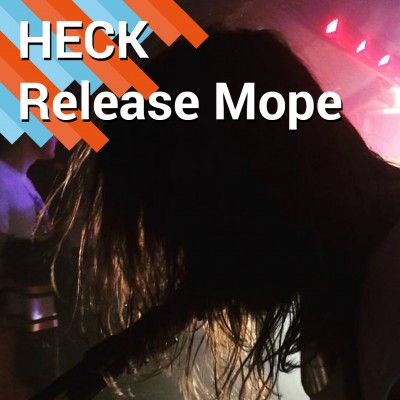 Continuing with their passionate deathwish, hardcore punks HECK have just released their new video Mope which sees the band forced to perform whilst plunged underwater. HECK are known for being a health and safety nightmare with riotous gigs that have recently resulted in a broken leg for guitarist Matt ‘Butch’ Reynolds and previous videos that have included unsafe drinking habits, being tortured and their own choreographed dance routine.

The track is taken from their recently released album Instructions which has already been lauded by Metal Hammer and Punktastic amongst others as one of the must have records of the year.

The Nottingham boys will be joining the line-up at Leeds and Reading Festivals before teaming up with fellow Kerrang! favourites Black Peaks for a September tour.