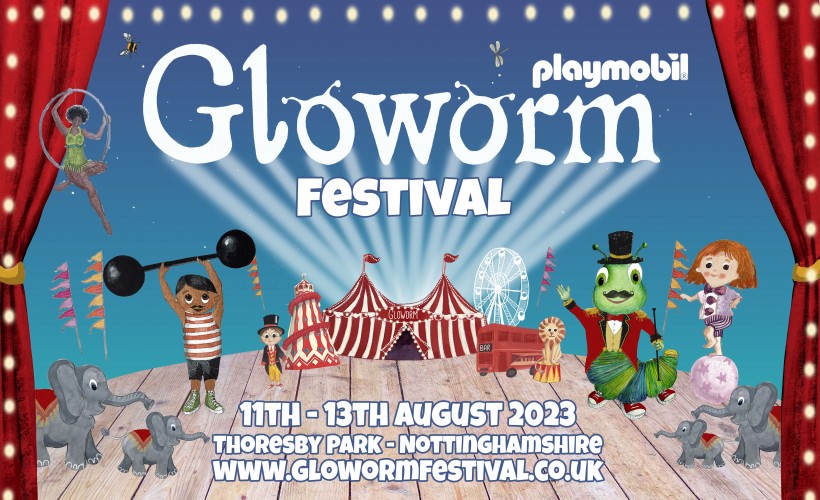 The outdoor adventure designed especially for children; Gloworm Festival now announces the dates for the big weekend in 2023 which will see the return of all your favourite TV stars, fun games and awesome activities.

Plus, families can take advantage of the payment plan to breakdown the cost into monthly installements.

Bringing together everything from R&B to reggae; King Promise is the award-winning Ghanian artist with a huge international audience. Gigantic now has ticket to two major headline shows, book before they sell out!

Extraordinary electronic producer Romare (real name Archie Fairhurst) is hailed as a true great thanks to the release of his debut record Projections and the disco inflected follow up Love Songs, Pt. 2.

Techno maestro Max Cooper has been a top choice of dance fans and clubbers for over a decade. Get to Gorilla in Manchester where you can enjoy his awesome fusion of sound and live visual effects as he invites you to leap into his immersive conceptual performance.

It’s already been a big year for Métis singer-songwriter Sister Ray who received a Polaris Music Prize nomination for her stunning debut album Communion. Now, she announces a headline spot at cool Sheffield club Sidney & Matilda plus she makes an appearance at Munitions Festival.

Platinum selling soul singer Kenny Thomas is back! See him play a stunning set at the iconic O2 Shepherds Bush Empire in December – tickets on sale with Gigantic right now!