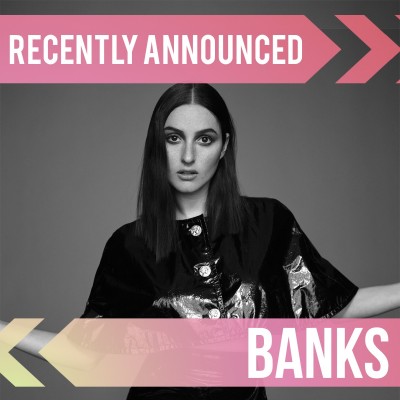 Orange County megastar BANKS first exploded in 2014 with the release of her incredible debut album Goddess which features her gold selling single Beggin For Thread. Fans around the world were immediately drawn to her unique blend of R&B with hip hop and upbeat electronic pop creating a fresh and exciting cutting-edge sound.

Now, following the release of her staggering second album comes news of The Alter Tour to promote her new material. First started back in February, the worldwide show will hit O2 Institute Birmingham, Manchester Academy and Eventim Apollo in London during October for the UK leg of the tour.

Known for putting on spectacular live shows, you can be certain that these headline dates will be amongst some of the most amazing events in music for the entire year and must not be missed. BANKS tickets are on sale right now but are expected to sell fast so get yours before they are gone!