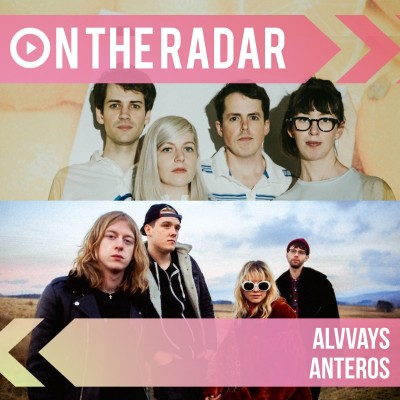 The band shot to the fore with the release of their eponymously titled album debut in 2014 which saw them top the college radio charts in the US and created a wave of excitement amongst critics around the world who were all drawn to their bright and breezy indie pop. Their first album release saw them shortlisted for the illustrious Polaris Music Prize and was listed as the Best Canadian Album of 2014 by CBC Music.

This September sees the release of their highly anticipated second album titled ‘Antisocialites’. The new ten track record is described by Rankin as “a fantasy breakup arc and my life nearly imitated art” and we get out first glimpse with the release of beguiling and hypnotic lead single ‘In Undertow’.

Catch them when they return to the UK to promote the new material with headline dates at Sheffield’s The Leadmill at the end of August plus O2 Institute2 Birmingham, Rescue Rooms at Nottingham and The Bullingdon in Oxford during September.

Taking their name from the statue of the Ancient Greek god of love found at Shaftesbury Memorial Fountain in Piccadilly Circus who would take revenge on those that would reject any romantic advances, Anteros are the new dream pop band for you to fall head over heels for. They are comprised of Harry Balazs (drums), Laura Hayden (vocals), Charles Monneraud (guitar) and Joshua Rumble (bass).

Taking on aspects of New Wave, electronica and even Britpop, the London based band have been quick to impress with a string of strong singles over the past eighteen months including quirky number ‘Breakfast’, drum and bass inspired ‘Blue’ and moody stomper ‘Ring Ring’.

This summer sees them joining the amazing line-up of Glastonbury Festival where they will be playing The Other Stage, a true testament to how well they are doing already. But if you are not lucky enough to be spending the weekend hanging around The Glade or the Stone Circle don’t worry, because Anteros will also appear at 110 Above Festival at Gopsall Hall Farm in Leicestershire during August before hitting the road and playing a stage near you during September.