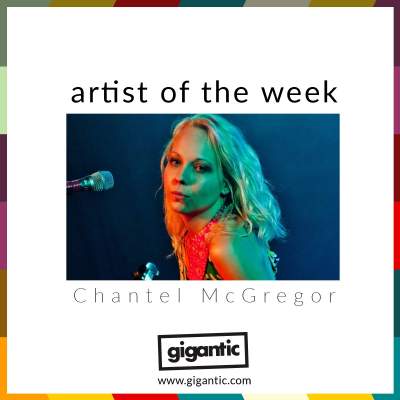 If you are a fan of blues then you need to know Chantel McGregor. The highly decorated guitarist has a mantlepiece cluttered with distinguished accolades as voted for by her many fans at the British Blues Awards, including Young Artist Of The Year and taking home both the Best Female Vocalist and Guitarist Of The Year awards twice.

Already recognised as for her prodigious talent and amassing an ever-growing audience every day, the future looks bright for the northern lass stepping out onto the world stage. She is currently working on her third as-yet-untitled album and will be touring her new material during the latter months of 2019.

Bradford-born guitarist Chantel McGregor first picked up a half sized acoustic when she was only three years old. She would later discover that electric guitars were easier to play and made far more noise and began jamming at the Melborn Hotel, gaining her valuable first gigging experience aged just twelve. Word soon spread about the young girl with the immense skill and voice to match and McGregor was attracting label interest by the time she was just fourteen years old. Eager to exploit the rising star without truly understanding her, she was told by a major label to change everything about her as she has a "great voice, but girls don't play guitar like that!" Recognising she had no place working with people with that attitude, McGregor declined their offers and continued to develop independently in her own direction.

Continuing her education, McGregor would enrol at the prodigious Leeds College of Music where she would become the first ever student to achieve a 100% pass mark at BTEC, graduate with a First Class Honours degree in Popular Music and be awarded the college’s Musician Of The Year award.

McGregor would release her remarkable debut album ‘Like No Other’ in 2011 on her very own independent label Tis Rock Music. Produced by Livingston Brown (Shakira, Ed Sheeran, Kylie Minogue and Corinne Bailey Rae), critics applauded the record for her innovative playing style and the originality of her music.

Having toured heavily and made prominent festival appearances, McGregor’s sound would develop to incorporate a harder edge which could be heard on her stunning second LP ‘Lose Control’ which came out in the autumn of 2015. Brown once again took the helm as producer and helped her fully explore her transition towards rock which was a real hit with her existing fans and attracted even more listeners.

Gigantic is very excited to be able to offer you tickets for Chantel McGregor’s upcoming nationwide tour in preparation for her third album. You can look forward to hearing the new material being played live plus the very best tracks from her previous records!