Lanterns On The Lake 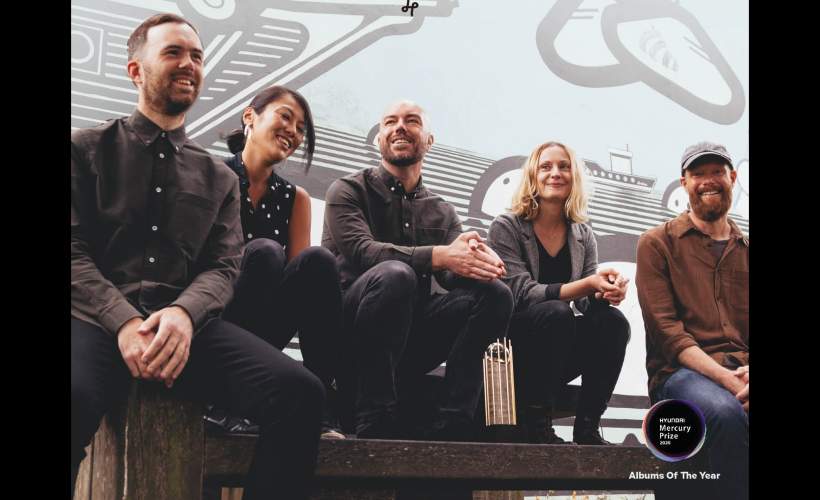 It’s strange - not to mention fundamentally disconcerting - to live through turbulent times. Yet as many feel like the world is slipping out of control, artists are enlivened as they seek to make sense of the shifting sands. Hazel Wilde of Lanterns on the Lake is now a songwriter necessarily emboldened. On Spook the Herd, the band’s fourth record, her voice and preoccupations rise to the fore like never before. In tandem, the band break new ground on a set of songs that are unavoidably direct - and crucial.

Wilde does nothing less than dive headlong into the existential crises of our times. Beginning with the record’s title - a pointed comment at the dangerously manipulative tactics of ideologues - its nine songs turn the microscope to issues including our hopelessly polarized politics, social media, addiction, grief and the climate crisis.

The world is brought into focus, but Wilde’s style is not declarative. She also proves herself a songwriter possessed of a rare talent for finding the personal contours to contemporary issues, fully inhabiting them to make them real. On “Baddies” she sings of the lacerating division in our online spaces with knowing, biting irony as simply commenting deepens the rift. “Blue Screen Beams” is a litany of worries - fallible idols, paranoia and hopelessness, technological distractions worming into consciousness, broken relationships - but finds a steadying refusal to give up hope in the centre of the storm. As she says of her work, the process is “…exploring what it’s like to live this point in time - not just as an observer but as someone experiencing it: it’s where a personal life and politics are intertwined, because the two aren’t mutually exclusive.”

Recorded as live where possible, the band’s natural touchstones of gauzy dream-pop and monumental post rock still float in the air, but listening to Lanterns on the Lake now feels like actually sitting in the corner of the room as they play. As guitarist and producer Paul Gregory says of approaching a fourth album, “There was a sense of release in terms of what kind of music we felt we could make. The idea of what kind of band you’re supposed to be really disappeared. It was great; you felt you could do whatever you like.”

Musically, this is a leaner Lanterns on the Lake - at times unusually stark. Their sound has been beautifully winnowed into something more pared back, urgent and direct - in-keeping with Wilde’s messages - on an album loaded with songs marked by an arresting intimacy. “Swimming Lessons”, first teased as an in-progress idea on Instagram, is writhing and supple as Gregory’s arpeggiated guitar dovetails with Ol Ketteringham’s pulsating drumming and Wilde’s keening vocal. “Every Atom” rides on insistent beats which lay a bed for a warped and playfully robotic guitar line, while “Secrets and Medicine” weaves and lopes achingly, weaving its atmosphere from Spartan means: piano, celestial guitars and diminished brass.

While Wilde pored over the bulk of the songs in isolation before the band developed and finessed them, remarkably Spook the Herd marks the first time the band has left their native Newcastle upon Tyne to record in a studio. Moving to Distant City studios in Yorkshire, where Joss Worthington engineered the album, shook up comfortable mindsets. Wilde admits: “We are a pretty insular band in how we work, and trusting other people enough to allow them to get involved is not always easy for us.” Yet once recording began, any trepidation was swept away. The band barrelled through sessions, finishing the record in just three weeks.

This uncovers the threads of a long-term musical understanding that Wilde, Gregory and Ketteringham share, and it’s invigorating to hear them regathered. Lanterns on the Lake, completed by bassist Bob Allan and viola player Angela Chan, have always known how to cannily manipulate texture and space. But rarely before have they captured such sheer presence. Stripping layers away, unearthing their essence, proves to be a new alchemy as their sound is writ large at its boldest - and its simplest.

Yet Wilde’s romantic streak is still the record’s beating heart. It can be a characteristically dark one, as in the obsessed narrator of “When it All Comes True”, or its counterpoint in the last-night-on-earth abandon of “Before They Excavate”. Mining emotion in our fractured times unearths an inescapable truth: despite our seemingly myriad differences, all we have is each other. It’s a hopeful beam of light shone into the darkness, and balances the cynicism and dread elsewhere. As stately drums thud and guitar feedback wails and roils and rises around her on closing track “A Fitting End”, Wilde sings - almost presciently - “What a die-for moment this turned out to be.” Spook the Herd contains plenty such moments to discover and savour.

LANTERNS ON THE LAKE release new single ‘Every Atom’

Tickets for Lanterns On The Lake available with Gigantic! 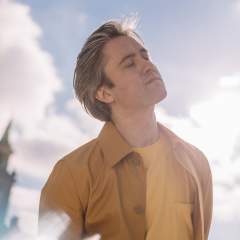 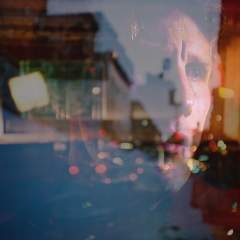 That's all we have for Lanterns On The Lake! Check out their upcoming shows