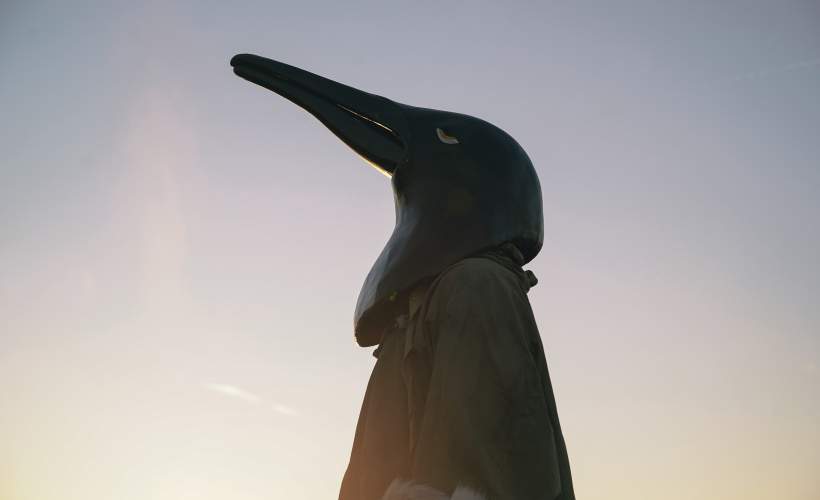 most enjoyable evening 😊 Hearing the pieces enveloped by Arthur’s explanation of their origin and significance was welcome too.
Lighting was low to set up the dreamscape I guess. Some variation might have added to the experience, perhaps some visual projections of the penguins that featured in the titles

Penguin Cafe was the best tonic ever! It should be available on prescription as i came out feeling like i'd been on a holiday and therapy session! The most beautiful music ever! Thank you so much Penguin Cafe for a truly wonderful experience!

The Good
========
Musicians were excellent, world class, very motivational artists, very professional. Loved bass player, percussion, piano, violons etc.
The Bad
=======
Sound were soft, more geared for older people, could do with more volume, more life... my 11 year old son, who loves and play piano, fell asleep in 10 min.
I thought he would appreciate the music but not for youngsters...

And to make life even easier for you, Gigantic invited you to set a personal reminder. Its easy to forget when your favourite act goes on sale, so set your reminder which will alert you with an email or text message just before Penguin Café gig tickets are released at 10:00 on Friday 13th of March.

Penguin Cafe was founded by Arthur Jeffes in 2009, bringing together a talented and disparate group of musicians from the likes of Suede, Gorillaz and Razorlight, initially to perform his father Simon Jeffes’ legacy of world-renowned Penguin Cafe Orchestra music, ten years after his untimely death in 1997.

Everyone is getting excited, the word is spreading quickly so you will have to act fast and book your Penguin Café ticket before they all get grabbed.
Fortunately, placing an order with Gigantic is made easy as you can contact our customer service to make an enquiry about your selection plus you can place your order 24/7 either relaxing at home or busy and on the go using your tablet, computer or smartphone.

To date, Arthur’s Penguin Cafe has released three acclaimed albums of fresh, innovative and beautiful music that have achieved the seemingly impossible feat of creating something new and different and still exciting the worldwide fan base of original PCO followers.
The new album ‘The Imperfect Sea’, released on the inimitable Erased Tapes label, features a collection of dance records made on real instruments. It was released May 5th 2017 accompanied by a special show at Le Poisson Rouge in New York, followed by more live dates across UK, USA, Japan and Europe.

The promoters have only given us limited amounts of Penguin Café concert tickets which means they will sell out quickly - so make sure you book yours before they all go! With more essential gig tickets being added every day, award-winning service Gigantic is the very best place to come whenever you are booking for your big night out.