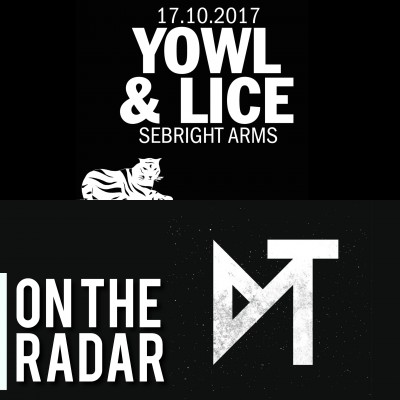 Deep in the heart of South-East London, something is stirring. Peckham plays home to Yowl; the fast-growing dark psyche five-piece soon to be your new favourite band. Laden with noir-esque romance yet bristling with overt masculine strength, Yowl tread the line somewhere between forlorn tragic heroes and unhinged anger as they tear through sets of apprehension, confusion and pain. Its this heady Jekyll and Hyde concoction that makes them so very compelling and oh so damn addictive.

Last year saw the release of their four-track EP ‘Before Sleep Sets In’. An excellent first taste of the band as it drawls through an almost sedated cool lethargy to explode with a final burst of froth mouthed rage. ‘Before Sleep Sets In’ is available to buy through Apple Music and can be streamed via Spotify.

More recently, Yowl have returned with their latest single ‘My Headache Likes To Speak’. With a video that oozes tension directed by Holly Whitaker, we see flashpoints that threaten to spill into outright violence as the song depicts the descent into panic.

"My Headache Likes To Speak refers to that anxiety that comes from the cocktail of social pressures and everything surrounding the need to socialise with people, fearing humiliation, and a desire for genuine connection." - Yowl

This autumn sees them team up with Bristolian band Lice for a co-headline dates at Seabright Arms in London and Bristol’s Thekla. With both acts pursuing angst grinding experimental avenues, these gigs art perfect for art punks looking for some excitement. Yowl tickets are on sale right now and are selling fast!

The band always strives for the evocative and by reaching for far out sounds they trigger something emotive deep inside.

Taken from their mighty debut album ‘Either That Or The Moon’ and released through the independent label Membran, their latest offering is the grandiose single ‘Interstellar’. The song is the highlight on the highly praised record which drew wide spread critical acclaim and was shortlisted for Drowned In Sound’s prestigious Neptune Prize.

‘Interstellar’ is accompanied by a lush promotional video which captures the epic scale of the song through dazzling special effects and a unique take on capturing their live performances.

“An epic track deserved an epic video, but if you don’t have money you need time - an adage that could describe this project perfectly. The idea came about while listening to the early demos of the bands’ first EP, 2-3 years ago, before it turned into an album. It was pure pie in the sky thinking at that point, as we knew more money would be needed to pull it off than the label would ever put up. However, the idea stuck around, and just wouldn’t be tamed. Every time I heard the track I saw it the exact same way, so I knew we had to find a way to make it happen.” – Daniel Turner, Director

Do not miss your chance to see them take over The Brewhouse in London where they will be supporting by London lads Float and Nottingham stars Eyre Llew who are poised to release debut album ‘Atelo’. Promoted by CLUB.THE.MAMMOTH, the night has all the promise of being the most compelling gig of the year.