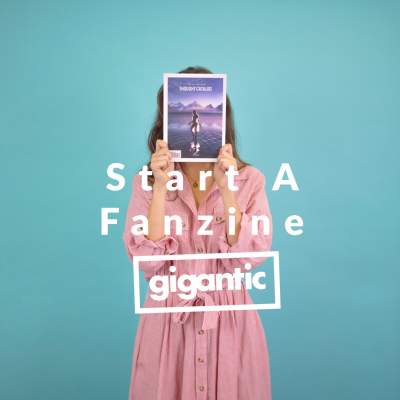 If you’re a bit of a technophobe, why not go old school and start your own fanzine? The original punk pamphlet; fanzines were originally a way for fans to share their love for a band by feverishly writing passionate pieces on a typewriter, cutting and sticking them into some sort of order and then secretly using the work xerox machine to make copies and then distribute them amongst friends, venues and record shops.

Over the years, fanzines developed to include an almost limitless amount of topics as Dr Who fans (AKA Whovians), riot grrls, wannabe celebrity chefs and even vacuum cleaner obsessives (yes, really) started their own ‘zines and built pen and paper communities that grew and flourished underground.

While ‘zines took a knock thanks to online blogs, forums and newsgroups, recent years have seen a resurgence in interest alongside the return of vinyl as people rediscover the joy of making a tangible piece of their soul once again.

It might not be advisable to walk around town dropping off copies right now, but you can always ask people to send you a good ol’ self-addressed envelope.