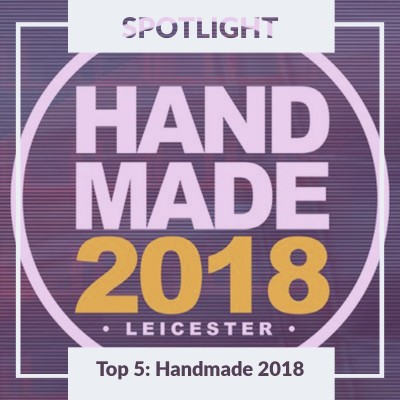 Independent music and arts festival Handmade annually attracts a those with a passion for the discerning music fan, drawn to the excellent line up of performing artists selected by a dedicated team of curators made up of experience promoters and venue owners.

Primarily centred around O2 Academy Leicester found on the University of Leicester campus and the Attenborough Arts Centre, Handmade often serves as a foretaste of the festivals to come taking place just before the summer months. This year held on Saturday 5th and Sunday 6th of May and features a dazzling array of acts, including headliners Circa Waves and Drenge, Little Comet, Protomartyr, Dinosaur Pile Up, She Makes War plus many more.

We countdown the Top 5 acts performing at Handmade 2018.

Returning for their second consecutive year to Handmade, Peaness are the cheeky titled Chester based trio responsible for the debut EP ‘No Fun’ which showcases their bright and upbeat indie pop which mirrors the euphoric rapture of their live performances.

The Orielles were certainly one of 2017’s great success stories. Having been the subject of endless articles, sisters Sidonie B and Esmé Dee plus best their friend Henry Carlyle Wade quickly built a dedicated following from the readers who flocked to their gigs and festival slots.

The Big Moon burst out of the festival circuit and began cultivating a dedicated following with their own electrifying shows before releasing their riotous debut album ‘Love In The 4th Dimension’ which scored them an illustrious Mercury Prize nomination.

Also returning for a second consecutive appearance, Idles make their triumphant return after exploding in 2017 and featuring in just about every Album-Of-The-Year poll going with debut LP ‘Brutalism’.

The Bristolian band take post punk to its most scathing extremes and are famed for their unrelenting live performances. With their as yet untitled second album scheduled for release later in the year, there can be no doubt they will be the true highlight of the weekend.