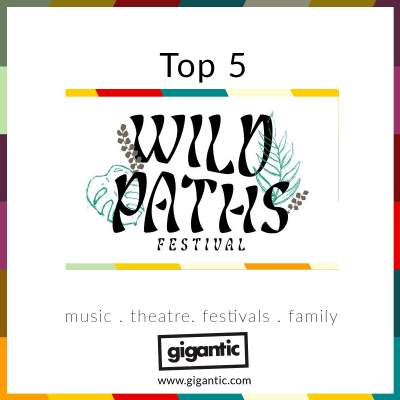 Spanning the many fantastic venues of Norwich, Wild Paths is the festival which captures the magic of the cathedral city through the varied independent stages and gig spots for a huge weekend of music. Not only will you get to enjoy local acts and the rising stars you need to know but Wild Paths also brings world class acts right to the heart of Norfolk.

In addition to the wonderfully eclectic music, you are invited to try all the sumptuous food and drink on offer to try at the various food pop ups found right across the festival site – including an exclusively brewed beer and uniquely mixed cocktail especially for Wild Paths festival.

Plus, there are discussion panels from key representatives of various aspects of the music industry, live art instillations – and even themed after parties!

Come and discover what Norwich is all about by wandering the idyllic winding streets from Friday 18th till Sunday 20th of October, tickets available with Gigantic right now!

We are so excited about Wild Paths that we have put together our Top 5 acts we can’t wait to see!

James Ford and Jas Shaw first started Simian Mobile Disco in 2003 and have since rise to become at the forefront of British electro.

Saxophonist, producer and singer-songwriter; Laura Misch is spearheading the resurging interest in jazz and is proving to be Britain’s biggest rising stars.

Bringing together elements dub, psyche, R&B plus hip hop into a wonderful international kaleidoscope, Skinny Pelembe is a hit with the critics and his fans around the world.

Heavy Lungs are the unrelenting acerbic post punks, seething from the streets of Bristol. The cult band enjoys a loyal following as they are poised to explode from the underground.