Spotlight On: The Maze 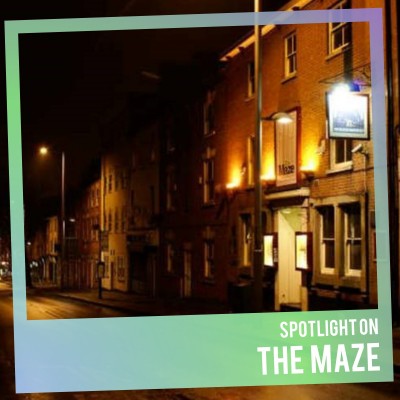 The Maze & The Forest Tavern

Ran by Gaz Peacham and Steph Kirkup, The Maze is an essential part of the cities vibrant music scene and acts as a communal hub which is held in high regard by the many people who frequent it. The legendary Nottingham venue plays host to a wonderful eclectic mix of events, hosting everything from comedy shows to amazing gigs, theatre productions, underground club nights and much more. The popular space has seen many rising stars grace its stage, with Jake Bugg, Dog Is Dead, Liam Bailey, Natalie Duncan and Amusement Parks On Fire having all cut their teeth there.

Though usually just referred to as The Maze by their loyal patrons, the building is split into two distinct areas with the familiar name applying to the stage room where all the action takes place plus the open terrace towards the back. The attractive European style bar found at the main entrance is The Forest Tavern. Having been trading for over 150 years, The Forest Tavern is the perfect place to unwind offering a relaxed atmosphere in which to enjoy a wide selection of drinks and beers supplied by Castle Rock Brewery. The staff are famed for their big personalities and friendly manner making the bar a wonderful place to drink and socialise. 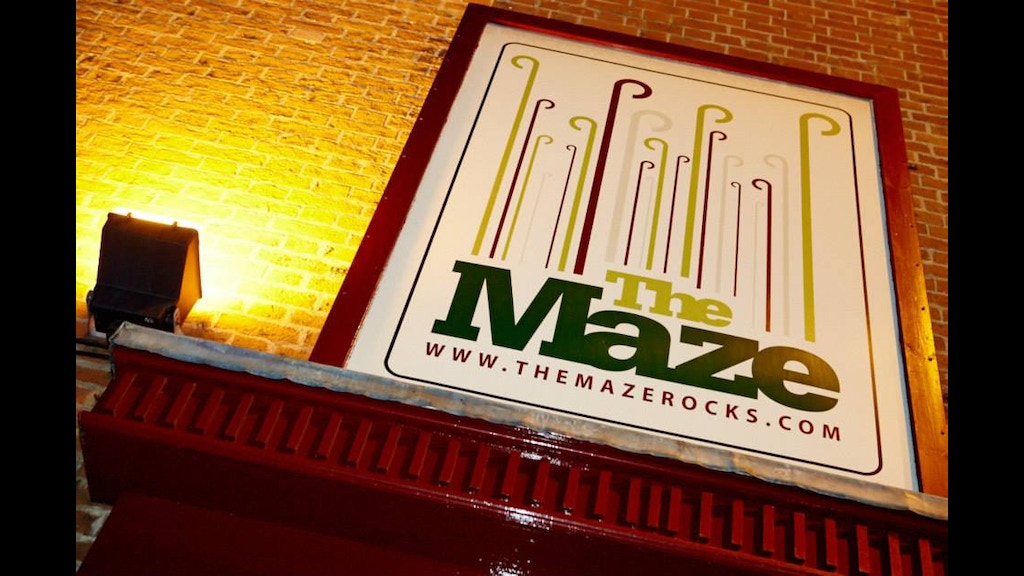 Despite being the lifeblood of British music, playing a vital part in nurturing young talent while also being a cornerstone of any local community, small venues are feeling the pinch and are closing at an alarmingly rapid pace. The Maze has always enjoyed tremendous steadfast support and has never asked for anything other than a fair price for drinks or entry. But with ever increasing costs while trying to maintain reasonable prices for their customers means that often these important stages fall into neglect, frequently to the point of closure.

They respectfully call upon their faithful patrons to get involved with their Kickstarter Campaign to help make the place that little bit better. Any regular gig goer can tell you that it gets pretty hot at intimate stages and so The Maze is looking to make their attendees experience that little bit better by installing a new air conditioner. Also, the many years of late night dancing have finally taken their toll and so the floor could do with being relayed plus the many various bits that need maintaining including the disabled toilet.

They have many special offers gifts and offers for anyone who would like to pledge. With the deadline fast approaching, we at Gigantic would urge you to please give generously to the little venue which has given Nottingham and so many people so very much.

Given the opened mindedness of The Maze, the space operates like a blank canvas offering local promoters a space to create any kind of event they can imagine. Consequently, their stages have played host to everything from gypsy punk bands to drum and bass DJs and fantastic burlesque troupes. Here are some of the fantastic events taking place at The Maze over the next few months.

Relax - because Nottingham’s favourite cheesy pop night is back! Playing all your guilty pleasures, you can expect everything from ABBA to Vengaboys, Bryan Adams, Shaggy, Queen and loads more!

Brought to you by The Maze and Dance Like Twats, Shit-Pop offers a great night out in a friendly atmosphere and everyone is welcome. So, put your bags on the floor and your hands in the air while you dance like you just don’t care!

Shit-Pop is a free event. Click HERE for more information.

Country / Soul singer Andrew Combs is certainly marking himself as the one to watch. Currently based in Nashville, the epicentre for essential songwriters, he has steadily been developing his fanbase through a steady stream of awesome records. He returns to the UK to promote brand new album Canyons Of My Mind with highly anticipated live dates.

The gig is brought to you by Cosmic American AKA James Windsor and Glenn Sayward. The pair are the foremost promoters of Americana acts in the East Midlands and regularly stage events at The Maze and will also be present Alejandro Escovedo, Paul McClure Band and Marah at the venue.

Tickets for Andrew Combs are on sale now.

Originally titled The Subversives, UK Subs were amongst the first wave of the punk revolution and remain a vital live act. Led by the iconic Charlie Harper, they’re sound took a nastier edge than their peers being pioneers of streetpunk and incorporating metal influences in the 80’s. They will be supported by The Reverends and Noose.

As UK Subs have been screaming for a staggering five decades, they have an intensely dedicated following so we expect tickets for this gig to sell fast. Make sure you book yours before they are all gone.

Tickets for UK Subs are on sale now.

Following their fantastic performances at Cambridge Folk Festival 2016 and Celtic Connections early this year, Boston based fourpiece Darlingside make their way to The Maze. Having also won Folk Alliance International Artist Of The Year 2015, you can be sure they are the real deal!

This will mark the third visit to the UK for the incredible indie folk band who look set to become world famous. Make sure you see them at this intimate setting before the progress onto the bigger stages.

Tickets for Darlingside are on sale now.

Ran by Sam Metcalf, the Nottingham Pop All-Dayer is an annual celebration of the weird, wonderful and stridently independent. Expect fanzines, 7” singles and pin badges aplenty as the yearly event certainly has a communal atmosphere befitting the style of the bands.

Tickets for Nottingham Pop All-Dayer are on sale now.