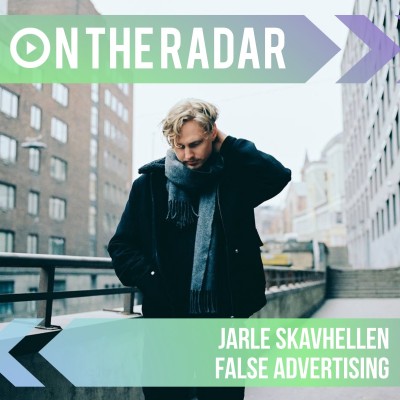 Jarle Skavhellen is proving to be the most exciting thing to happen to folk in a long time! Tapping into the traditions forged in the sixties but adding his own distinct twist, Skavhellen adapts a fast almost murmured vocal style to match his expertly fast finger picked acoustic guitar. The warm tones of the six string match his inviting voice, giving a familiar and neighbourly feel to each of his expertly crafted songs.

His vintage style is proving a hit with his new fans but does not prevent him from taking advantage of modern technology. He announced his presence to the world in December with the internet. Release of two tracks; Ghost In Your Smile and Seventeen which both show two distinct sides to the song writer. Whereas the former title aches with emotion as the love torn lyrics are allowed to fade into the darkness whilst accompanied by burst of rapid electronic percussion, the second song is a haphazard jolly jaunt that sees Skavhellen take a wry poke at his own lyrics as the song merrily stumbles along. The tracks have already amassed over 20,000 streams on SoundCloud alone and has seen his name spread across the world after becoming a viral hit on Spotify.

The Norwegian troubadour has already made plans to return to the studio sometime soon, with many looking forward to the prospect of a debut album within the year. But first he makes his way to St Pancras Old Church in London on Monday 15th of May, giving many in the UK their first glimpse of this emerging talent performing live.

False Advertising look set to be the breakthrough band of the year. The Manchester / Oxford trio have quickly become the centre of attention for the music press, having been named by Total Guitar magazine as ‘Guitarists To Watch In 2016’ amongst many other publications, drawn to their heavy doses of sarcasm in the lyrics that lacquer their big, bold riffs.

Identifying their sound as ‘power grunge’, False Advertising’s songs take all weight of the dirty distortion from the 90's Seattle sound and the cool edge that comes with it and the taper the dark edges with bright punchy choruses which massively increase their allure without losing any of their alternative appeal.

Having just returned from showcasing their material at SXSW in Austin, Texas, False Advertising have just released infectious new single Not My Fault as they prepare to gig heavily throughout the year.