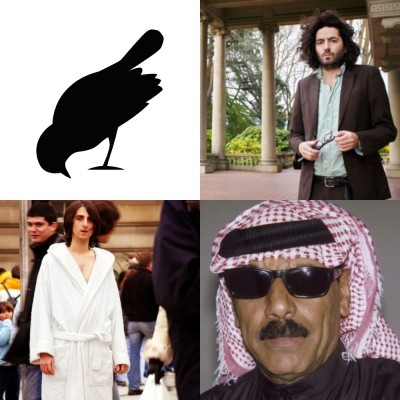 Bird On The Wire are a leading London based promoter, famed for discovering the best new acts as they arise and staging them across the capital’s excellent independent venues and further afield across the whole of the UK.

This November sees the release of James Holden’s third album. Expanding to include his new band; The Animal Spirits, Holden’s work is folk-trance. His psychedelic style takes the listener on a euphoric journey as synths are bolstered by flutes and brass.

Taking their cues from krautrock and post rock, Canadian band Destroyer create an atmospheric soundscape which they then layer with abstract poetry. They head to the UK to promote their new album ‘ken’.

Syrian songwriter Omar Souleyman embraces influences from his Syrian homeland and the many cultures it encompasses, creating a sonic melting pot of styles as featured on his latest record; ‘To Syria With Love’.