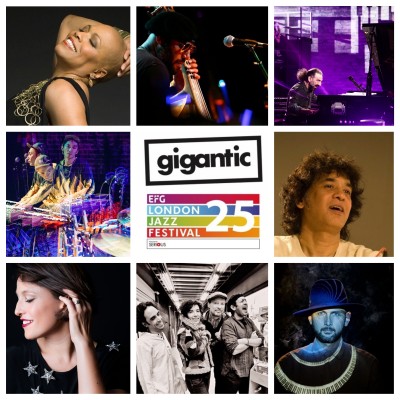 The EFG London Jazz Festival is a yearly showcase of the past, present and future of jazz by featuring major established names plus rising stars. The ambitious annual events take over the capital cities many fantastic stages to bring you over 350 premier performances across 60 stages, giving you a wide choice for you to enjoy.

“Culture is in the DNA of London, and live music makes a vital contribution to the life and soul of the city. I would encourage everyone to explore the city fully and take part in London’s vibrant music scene this autumn.

Great international festivals such as the EFG London Jazz Festival show that London is open to creativity and to people from across the world.” - Sadiq Khan, Mayor of London

Running for ten days, November 10th until the 19th, EFG London Jazz Festival celebrates its silver anniversary as 2017 marks 25 years of remarkable music. Click the link to browse the many unmissable gigs they have put together, and scroll further down to have a look at our Top 5 recommendations.