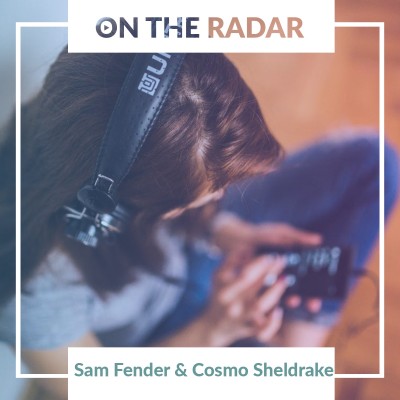 Appropriately named songwriter Sam Fender is fast emerging as a bit of a guitar hero. The Tyneside tunesmith has tapped into his musical roots and is showing real prowess for performance having picked up a lesson or two from his family and learning the ropes on street corners busking.

“My dad was a really good musician and so was my brother so I just, sort of, picked things up. I had been listening to music all my life because it was always around me and I think I started playing guitar when I was about 10 and I started writing songs about 14.”

Fender first made waves with his first single ‘Play God’ which impressed critics by combining muscled rock with an anthemic indie feel, marking him as a young hope for British guitar based music. Now he’s back with his latest track ‘Millennial’. Taking a wry look at the criticisms of the youth of today, Fender plays with preconceptions and fights back from his side of the generation gap.

The two singles path the way perfectly for his highly anticipated LP. While we wait for him to get back into the studio and record it, you can catch him when he heads out on tour in 2018.

He also joins the line-up for fantastic festival NEIGHBOURHOOD WEEKENDER which takes place at Warrington Victoria Park over Saturday 26th and Sunday 27th May.

Brighton born multi-instrumentalist Cosmo Sheldrake sees music as a collage. Applying loop sampling to an eclectic variety of sources, he is able to create a kaleidoscopic sound which amalgamates the use of banjos, pennywhistles, synths and keys to stream of conscious lyrics which conjures a dream like state of pure expression.

Having now relocated to London and having consistently released a prolific amount of absorbing recordings through his Soundcloud page, Sheldrake now pushes it up a gear as he prepares for the launch of his first full record; ‘The Much Much How How And I’.

‘Mind Of Rocks' is taken from the highly anticipated debut album. Featuring vocal contributions from Bunty, the song walks the line between off kilter oddity and enigmatic electronica which makes for compelling listening. As a first taste of what is to come on ‘The Much Much How How And I’ it certainly is enticing, and we cannot wait for its release next year.

Make sure you see him take over Village Underground on Thursday 5th of April 2018 when he showcases his first LP with a headline performance which is sure to be absolutely unmissable.